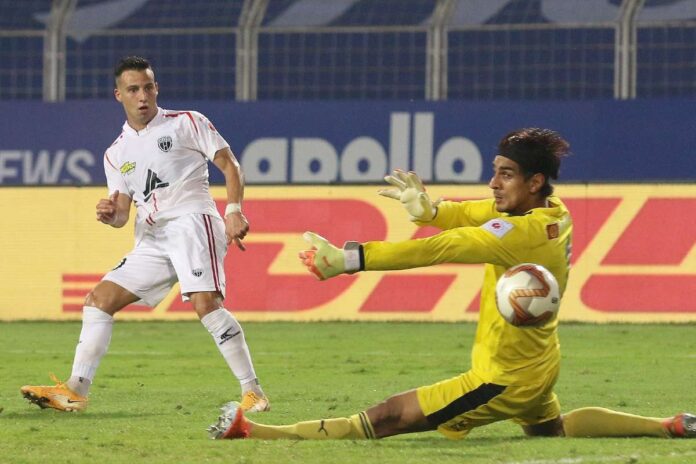 Former champions Chennaiyin FC face a tough task when they take on NorthEast United FC in an Indian Super League match on Sunday at the Tilak Maidan in Vasco, Goa.

NEUFC will be aiming to extend their unbeaten streak. The Highlanders placed third in the standings with nine points, have been among the early pacesetters this season, with two wins and three draws.

Northeast United are the joint-highest scorers so far this season with Mumbai City FC (with 8 goals each) and in defence, they have also made it difficult for opponents to break them down, keeping two clean sheets.

The Marina Machans have suffered back-to-back defeats after a positive start to the season. They won their first game of the campaign with a 2-1 victory over Jamshedpur FC. However, they have not won a single fixture ever since. They drew with Kerala Blasters FC and lost two consecutive games to Bengaluru FC and Mumbai City FC.

Laszlo feels his side needs to be careful against NorthEast United who is solid defensively while possessing the ability to score against any defense.

NorthEast United FC has a considerably big lead when it comes to the head-to-head with Chennaiyin FC. The Highlanders have won 6 games while the Super Machans have been victorious on 3 occasions. Three clashes between the two teams have ended in draws.

A win for NorthEast United FC will propel them to the top of the table while Chennaiyin FC can make it to the top four if they pick up the 3 points on offer.