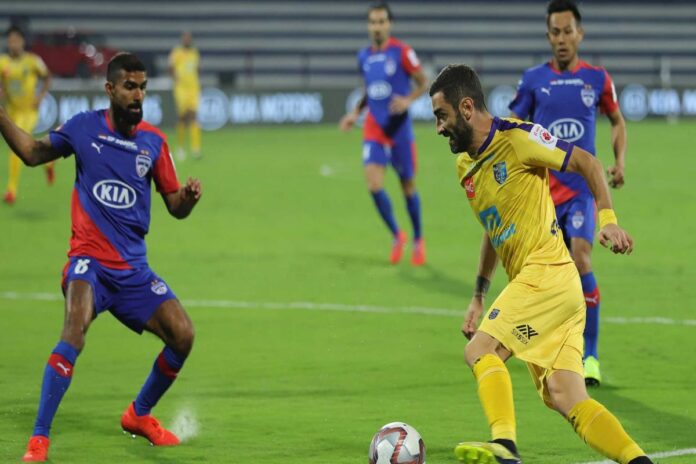 Bengaluru FC will lock horns with their rivals Kerala Blasters FC in yet another Southern Derby fixture in the Indian Super League at the Jawaharlal Nehru Stadium in Goa on Sunday.

Bengaluru FC is yet to lose a game in this year’s ISL but has also not been winning regularly. They have managed to win just one game in their four fixtures so far.

The Bengaluru coach sounded confident of his side getting back on track and added, “We have to be mentally and physically strong. Some teams had a longer pre-season but are not able to take three points.”

The Kerala Blasters are yet to win their first game of the season so far. However, Blasters head coach, Kibu Vicuna, has been quite vocal about his team and has made it clear that they need to across all departments and this match against BFC would be a good place to start making amends.

The two southern rivals have faced each other on six occasions after Bengaluru FC entered the Indian Super League in the 2017-18 season. The Blues have won four times, while Kerala Blasters have just managed a single win against the side from Bangalore.

A win for Bengaluru FC will consolidate their position in the top-four while a win for Kerala Blasters will kick-start their campaign for the season.