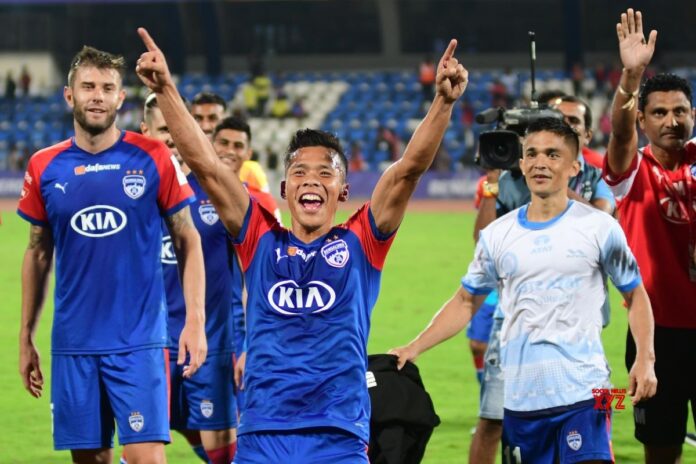 Bengaluru FC squares off against Jamshedpur FC in their next ISL fixture. Scheduled to be played on Monday, December 28, 2020, at Fatorda Stadium, Goa.

Bengaluru FC is currently third on the Hero ISL points table as they have lost only a single league match in their ongoing campaign. With 3 wins and 3 draws, Charles Cuadrat’s side has registered an impressive 12 points in the league so far. Led by Sunil Chhetri, Bengaluru FC will be hoping to get back on the winning ways with a 1-0 loss to ATK Mohun Bagan FC in their last outing.

Sixth on the table, Jamshedpur is also coming into this match after a 1-2 defeat at the hands of FC Goa and they would look for their third win of the season. While acknowledging Jamshedpur deserved more points, BFC coach Carles Cuadrat said he expects a difficult match on Monday.

The two sides have met each other six times previously. Each of them has won twice while the other two matches were drawn. The match-up holds the promise of an entertaining contest as second-half free scorers Bengaluru – the joint-highest scorers in the period – face one of the league’s weakest goal leakers in the second half.