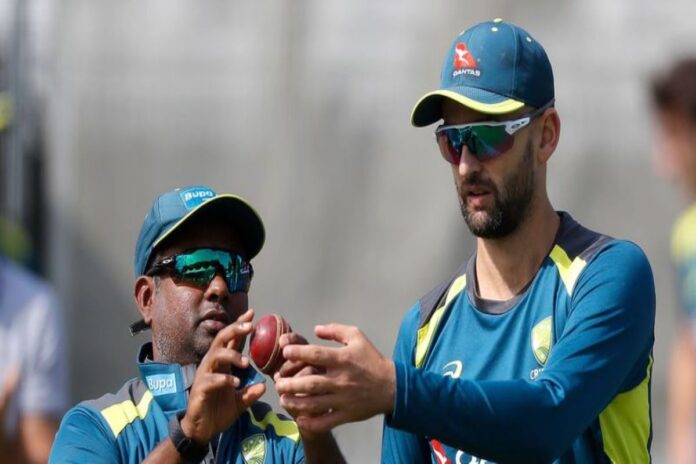 Australia’s Nathan Lyon expressed satisfaction over how his side dealt with Cheteshwar Pujara’s threat in Adelaide but claimed that they still have one or two more ‘secret plans’ up their sleeve that they might execute. Lyon also stated that he fully expects the Indian side to ‘fire back’.

For three years running – right from the 2017 Border Gavaskar Trophy – Cheteshwar Pujara had been a thorn in Australia’s flesh, and while the Saurashtrian started ominously in Adelaide, the Aussies cut his threat off before it grew and registered the first W. Pujara was dismissed for 43 and 0, and the Aussies, unlike the 2018/19 series, were proactively looking at different ways to get the better of the right-hander.

The hosts tamed Pujara through both spin and pace, rather conventionally, but according to Nathan Lyon, the Aussies still have a few more plans up their sleeves. Speaking ahead of the Boxing Day Test, Lyon admitted that his side had lots of discussions which centered around Pujara, and claimed that there are still tricks and tactics waiting to be unleashed, should the 32-year-old break free.

“I can’t reveal all secrets … but obviously Pujara is a world-class batter and he’s going to be a big challenge for us for the rest of the series,” Lyon told cricket.com.au.

“We spoke about him in-depth before the series started and it was good to see a couple of plans come off in Adelaide. But we’ve got a couple more things up our sleeve (so) if he does get in, we can put (them) in place.

“He’s a world-class batter and it’s always fun challenging yourself against the best players in the world and Pujara is definitely one of those guys.”

Given his history with both India and Adelaide, Lyon was expected to play a big part in the second innings in the first Test, but remarkably he didn’t even get to bowl as India was bundled out for 36 in just over 21 overs. But the 33-year-old asserted that he expects a quality side like India to fire back, and termed Day 3 of the first Test as just ‘one of those days’.

“You look at the quality of players in the Indian side and they’ve got some world-class players throughout the whole squad. (Saturday) was one of the days where nothing went right for them and everything went right for us. We’ve had all them, it’s part of the game of cricket,” the 33-year-old said.

“We’re expecting them to come out firing and not have any scars from the other day. Cricket’s a new game every day so you can’t look too far back on it. We can’t go out there expecting to bowl them out for (less than) 50 again.”