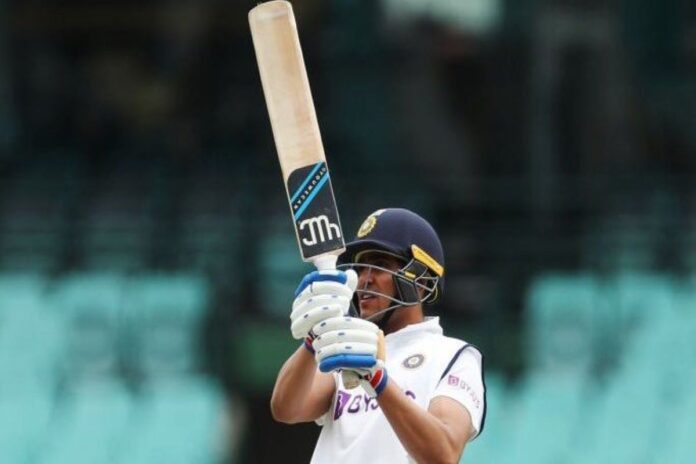 Shubman Gill, who struck an entertaining 45 in his first Test knock on Sunday, revealed that he was always clear about his plans, which, he revealed, was to bat with intent and express himself at the crease. Gill perished for 45, but his 65-ball stay at the middle saw him strike eight boundaries.

Ever since attracting eyeballs with his whirlwind knock against Australia A at the SCG, Shubman Gill has been the talk of the town and the 21-year-old from Punjab lived up to his hype in his maiden Test knock. Though he was dropped twice, Gill ensured to send a statement to the Australian bowlers through his strokeplay, driving and pulling with confidence whenever he had a sighter and ended up mesmerizing viewers during his short stay at the middle. Eventually, 45 was all he amassed, but he had left his mark by the time he made the long walk back to the pavilion.

Gill’s intent and strokeplay came as a breath of fresh air for the visitors, and speaking post Day 2, the youngster revealed that he was always clear in his head about what he wanted to do – bat with intent.

Gill had, incidentally, twice played under Ajinkya Rahane’s captaincy in this tour already – in the warm-up games – and as it happened, he also got to make his Test debut under the leadership of ‘Jinx’. But the 21-year-old revealed that there was no specific advice given to him by the captain, ahead of the Test, and stated that he headed into Melbourne with a clear mind, having already talked about his plans to both head coach Ravi Shastri and batting coach Vikram Rathour.

“Rahane Bhai didn’t tell me anything in particular. As an opener, I had certain plans and I had certain expectations from myself. And my plans should be able to fit in within the team’s plan. Before coming into the Test, I was talking with the batting coach and our head coach. We were talking about how I should approach this game,” said the debutant.

Gill played a whirlwind knock himself, but the show-stealer of the day was none other than Rahane, who played a trademark skipper’s knock. Walking in at 61/2 – which soon became 64/3 – the 32-year-old steadied the ship, weathered the storm, and then launched a scathing assault in the final session to finish the day on 104* and register his maiden Test century as a skipper. Gill expressed awe over the knock of Rahane, which, according to him, was a magnificent knock to watch from outside’.

“His knock (Rahane) was all about patience. More importantly, against such a high-quality bowling attack, sometimes you might go into a shell, after which you’ll not be able to score runs. The way Ajinkya bhai played, it was such a magnificent knock to watch from outside. He showed how to see off tough periods and made sure that he put all the loose balls away.”

Despite making his debut as an opener, Gill’s long-term batting position is still up for debate, particularly with him having batted in the middle-order for India A on many an occasion. In fact, he was, prior to this series, seen by many as Kohli’s successor at No.4 for the last three Tests. That didn’t happen, and it can be said no one quite knows where he’ll fit into the side long-term, but the youngster asserted with authority that he will be happy to bat wherever the team wants him to.