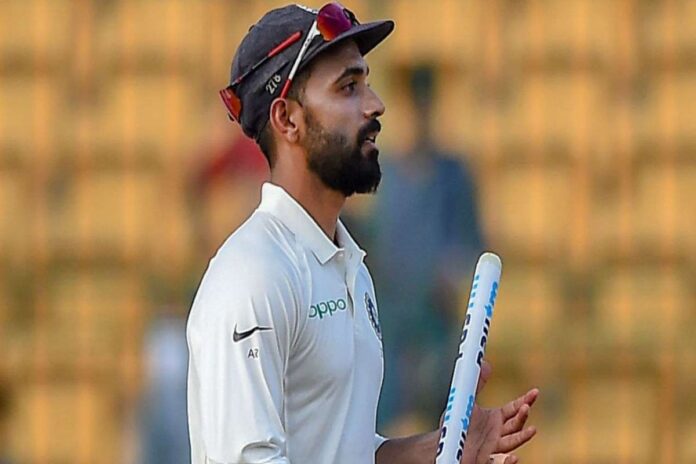 Indian skipper Virat Kohli has put his weight behind Ajinkya Rahane as he reckons his deputy will do a great job in his absence, adding both are on the same page in terms of vision. Rahane will take over the captaincy once Kohli leaves for India after the first Test starting from Thursday.

With Virat Kohli set to miss the majority of Test series, Ajinkya Rahane will turn the center of attraction as he will be leading India’s quest to retain the Border-Gavaskar trophy. Rahane did a great job as captain in the first warm-up game as he made a brilliant century against Australia A when the India A side was under the pump. He led from the front with the bat and is someone known for his aggressive style of captaincy in terms of tactics and team selection, if not demeanor.

Speaking in the press conference ahead of the first Test, which starts tomorrow in Adelaide, Indian skipper Virat Kohli highlighted the understanding between the two leaders of the Test side. He also added that he has a lot of faith in Rahane, who has been very composed thus far.

“Firstly, Rahane and I have built mutual understanding over the years, we have had great partnerships batting together which is based on trust. Rahane has done a fantastic job in the two practice games, he seems to be very composed and he knows the strengths of our team and how we need to go. We already know the template we play with and how we want to go about things. We are on the same page and I am sure Rahane will do a tremendous job in my absence,” said Kohli in the pre-match presser.

Thanks to the poor form of Prithvi Shaw, Shubman Gill could very well open alongside Mayank Agarwal in the pink-ball day-night Test, although the possibility looks slim. Talking about Gill, Kohli stated that he’s looking forward to see how the confident youngster turns up in the whites.

“Shubman has not gotten opportunities at this level yet in Test cricket, as and when he gets an opportunity, it would be interesting to see how he goes about things because he is a very confident young man. Prithvi has performed at the Test level but he would be playing in Australia for the first time. I think it is very exciting to see his progress as well.”

Mayank Agarwal, who had got fifties each in the two Tests he played in his debut Test series Down Under in 2018/19, will be playing the role of senior opener this time. Kohli asserted Agarwal did well here last time and expressed that it’s exciting to see young players do well, as they can play freely in the middle.

“Mayank did well here when he last came during the 2018-19 series. It is exciting to have young guys in the field, you can literally tell them to enjoy their skillsets in the middle,” he added.

KL Rahul despite getting picked in the Test squad didn’t feature in bot the warm-up games and it’s unlikely that he will feature in the first Test. Virat feels KL is a quality player and his selection would depend on team combination. Kohli also lavished praise on Hanuma Vihari, who struck a valiant ton in the second warm-up game at the SCG last week.

“It all boils down to the combination, KL Rahul is a quality player that is why he made his way back into the Test side, in the end, we have to see the balance and combination of the team.

“Everyone is playing well and everyone is feeling good, Hanuma Vihari has also been really solid, he is someone who has a great character, where Rahul fits into our team is a conversation we need to monitor closely.

Virat Kohli in Australia is always a delight to watch given he embodies the great Australian fighting spirit and is never afraid to rub the Aussies the wrong way. Kohli attributed his aggression to the new India, which he feels is quite reminiscent of the Australian mindset.

“Well, look firstly, I would like to say that I have always been myself and the way my personality is, it is a representation of new India and for me, that is how I look at it. It is not as such a comparison in my mind to me being similar to Australian mindset, it’s how we have started to stand up as a cricket team, my personality has always been like this and it is a representation of new India where we want to take up challenges and move forward with optimism and positivity,” Kohli said.

The Indian skipper also added that Australians respect those who perform well, and asserted that it is exactly what team India will aim to do.

“I have been touring this place for a while now, it is a wonderful place to play cricket. When you perform well here, you earn the respect of the people. Similar to Jasprit (Bumrah) as well, he performed really well here so there is always going to be anticipation as to how you perform. All the external things are not in our control, which is great for the publicity of the series, but our focus remains on performing well for the side.”