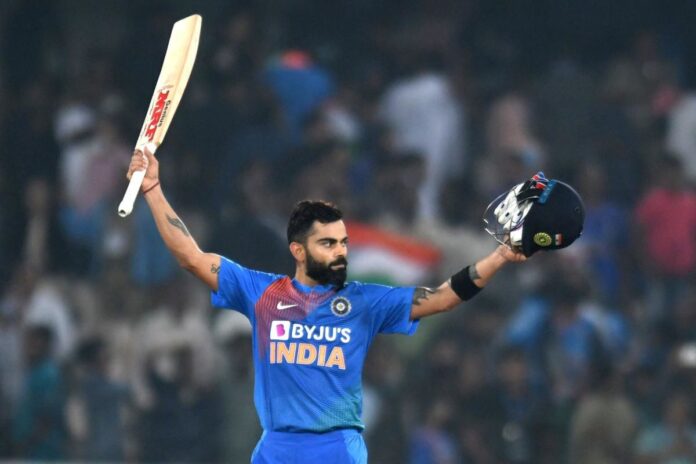 Virat Kohli has stated that his father’s demise was the point which made it certain that he was going to become a cricketer. He added that from that point onward, he became very committed towards his craft and it acted as pure motivation for him to go for the India ambition.

Virat Kohli is one of the greatest cricketers in world cricket at the moment, but one of his career altering moments in his life came when his father passed away. In the immediate aftermath of the tragedy, Kohli gathered the courage and went to play a Ranji game, and remarkably ended up being a standout performer his state side Delhi. It would turn out to be a significant turning point as from there on, he would not look back and go on to scale the greatest of heights.

Speaking to his nemesis, Steven Smith, ahead of the first Test in Adelaide, Virat Kohli revealed that it was the untimely demise of his father that propelled him to take cricket as a serious career option. Kohli revealed that his father’s death almost flicked a switch within him which made him incredibly focused to make it to the very top of the sport.

“The time when I knew I was definitely going to make cricket my career was when my father passed away. I knew I had to make a proper commitment, and I became focused and single-minded from then on. I was focused to play for India, and for a long time. I didn’t even think I would get dropped – it was pure motivation and will to just move forward,” Kohli told Smith in a video uploaded by BCCI.

There has been a lot of history between Smith and Kohli. In 2017, Kohli had called out Smith for trying to take help from the changing room for taking DRS reviews and had almost called him a cheater. However, in a 2019 Cricket World Cup game between the two nations, Kohli had turned into a savior for Smith when he stopped a section of crowd from booing Smith, and instead requested them to applaud the Aussie.

Reflecting on the incident, Kohli expressed that he felt it was wrong to target a single individual like that, something which prompted his intervention last year, which also won him the Spirit of the Cricket award.

“To me it was an incident that happened. You guys realized what had happened and you came back after a long time, having gone through everything you had to. I feel like nothing in life can be that permanent. I just felt it was not fair to target an individual personally. As much as we play against each other, there’s a human side to things as well. At the end of the day, we’re here chatting now, we do chat a few times at the IPL as well, so there will always be instances where you will keep meeting individuals. You want to be competitive, but you don’t want to go nasty. Long term you realize the importance of things from a larger perspective, so I felt like it wasn’t right for the fans to do that in that moment.”

Being Virat Kohli is no mean feat, due to the sheer amount of expectations he has to face from the millions of cricket crazy people in the country. When asked how he deals with external pressure, the Indian skipper remarked that he doesn’t focus much on people’s expectations and only concentrates on the job at hand, which is to win games for the country.

“I’ve always felt if I focus on people’s expectations too much, then I won’t be able to play even one ball. If you do that, you’re thinking about so many expectations. The reason they expect things from me is because I can do good things on the field, which eventually gives them happiness if we min. So my job is to focus on my own skill. The after-stuff will take care of itself. The result, criticism and adulation comes later – I can’t think of it while walking out to bat. The amount of expectations we have – not only in India, all over the world – it’s not humanly possible to focus on that.”