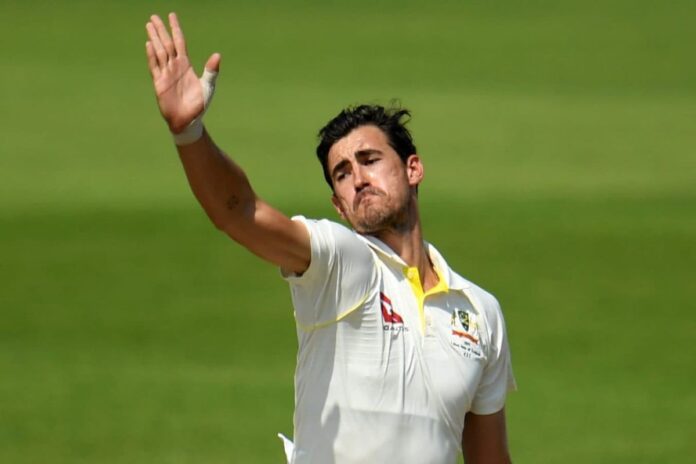 India are at touching distance of levelling the series and securing their second consecutive Boxing Day honours thanks to a spirited bowling performance. Australia, who adopted a short ball tactic with the ball, couldn’t stand up to India’s consistency, and thus found themselves in dire straits.

Mitchell Starc’s frustration showed in the short barrage to tailenders

Before proceeding further, here is some context. Mitchell Starc had bowled 34 short balls in five previous spells of 126 deliveries before coming in for the last one. He had been largely unsuccessful and looked the most out-of-control bowler from the Australian side. But when he came for the last spell, which lasted five overs, he dished out as many as 26 short balls. That is roughly 86.66% of the total balls bowled against the tailenders who are not trained to handle them comfortably. Starc is of course allowed to bowl the way he wants but what does that tell you about the bigger picture?

Was Starc so frustrated that he resorted to such a tactic that could have been threatening for bowlers? We’ll never know it but that tells something about the era we are operating in. With Jasprit Bumrah in the side, India will bank to give a similar treatment as the Aussie tailenders come out to bat – which was unthinkable even a decade ago. Today, it worked wonders for Australia as India could add only 32 runs after Ajinkya Rahane’s dismissal but the visitors wouldn’t mind given the way Mohammed Shami’s injury played out. Because it is sure to put the spotlight back on a bowler who has been largely uninfluential in red-ball cricket in the last few years. The last spell spoke about the gathered frustration.

Has Ashwin ever been this aggressive?

Ravichandran Ashwin is, what Harsha Bhogle often says on air, a character of the sport. He thinks cricket more than any cricketer and by his own admission, he asks uncomfortable questions. That comes off as borderline arrogance from the outside but if anything, it fuels him as a cricketer and pushes him to the “Zone” where he becomes an unstoppable force. If anything, this Australia series has been THE ONE for the Tamil Nadu man who had a point to prove. And how brilliant has he been so far!

It is not about how well he’s bowled or anything, but the intent with which he’s went about the business. The Steve Smith duel throughout the three innings was the theatre of the year where the off-spinner played cat and mouse and using his own words “skinned the cat” the right way. Today, he put on another exhibition of attacking spin bowling, and even though the ball didn’t skid much due to the lack of moisture on the surface, Ashwin was a cut above the rest. Days like this tell you how far he has come from the horrors of previous SENA tours but more importantly, it asserts the importance of one of the very best in the world and India’s one of the greatest-ever match-winners.

This is one of India’s greatest ever performances!

India might very well go on to lose the series. India might never replicate the same performance but MCG 2020 will forever be a beacon of hope. The last time India toured there, the opposition were without two of their best performers and thus the series win was taken with a pinch of salt. None of that held true this time though, with India without their talismanic skipper, two best pacers in the side, and handicapped on the third day without their strike bowler who walked off with a calf strain.

The odds of doing anything close to what they did today was as low as the hope of Jasprit Bumrah scoring a century but they pulled off and how! India can very well be proud of the same while walking to the bio-secure bubble hotel designed in Downtown Melbourne and looking at the soothing flow of the Yarra river from their balcony. Ajinkya Rahane, who led with panache, can be sure of leaving a legacy for the way he marshaled the Indian side in the absence of the country’s greatest statesman of the modern time. Forgive them if they do the celebration all night and sleep with a beaming smile on their face.