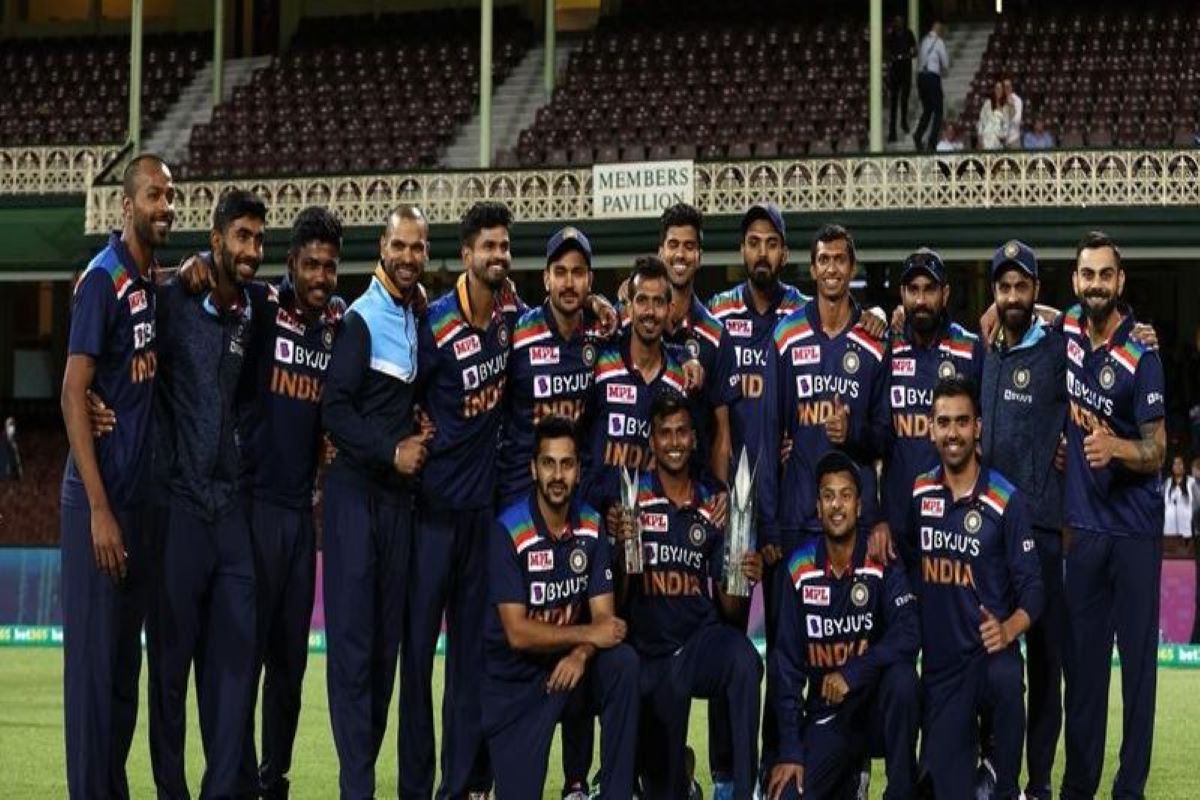 One of the biggest talking points after the completion of the third T20I on Tuesday in Sydney was that whether the Man of the Series award was rightly given to Hardik Pandya or not. It was expected that T Natarajan would have the honors given that he was the highest wicket-taker in the three-match T20I series and had made vital contributions in each of the games unlike Pandya, who didn’t take the world by storm in the first and third T20I though was the star of India’s second T20I win.

However, Hardik Pandya, who was the best Indian batsman in the white-ball series, put all the debates to rest as he gave away his Man of the Series award to T Natarajan as he felt that he deserved to win the award.

“I want people to believe in themselves and to achieve anything even if odds are against them. It’s just my way of appreciating his hard work over the years. For me, Natrajan deserves the Man of the Series award. To perform so brilliantly on his debut speaks volumes of his belief and the talent he possesses,” Pandya told ANI.

Even after playing a match-winning knock in the second T20I, Pandya had stated that Natarajan should have instead won the Man of the Match award given his performance on a tough bowling wicket after he was named Player of the Match for his 22-ball 42* that won the Men in Blue the game.

Pandya also wrote on Twitter that, “Natarajan, you were outstanding in this series. To perform brilliantly in difficult conditions on your India debut speaks volumes of your talent and hard work Clapping hands sign You deserve Man of the Series from my side Bhai! Congratulations to #TeamIndia on the win.”