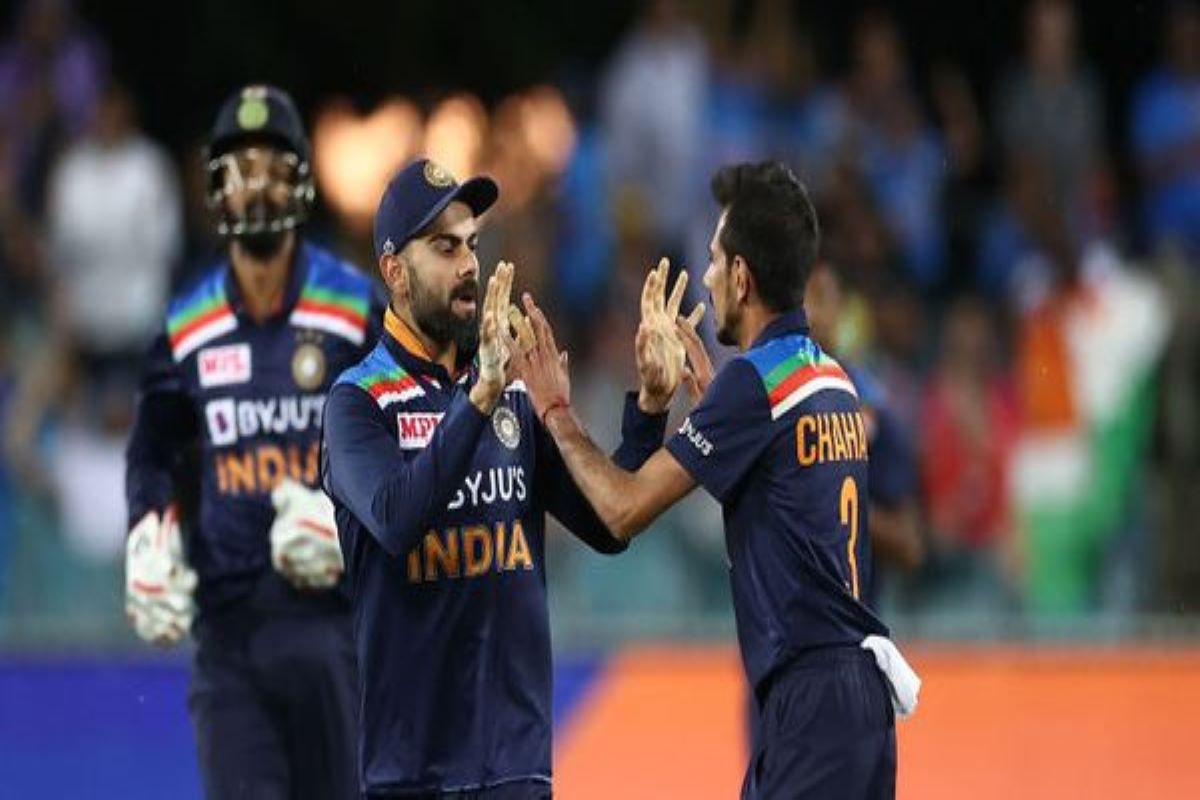 Indian skipper Virat Kohli after the first T20I win admitted that concussion replacements are a strange thing, however, it worked for his team in the T20I series opener. He also added that Yuzvendra Chahal, who replaced Ravindra Jadeja as a concussion replacement, was not in the team’s plans today.

The rule of concussion replacements is a very new one in international cricket and it’s a change that was brought about some time ago so that no player who has a potential head injury continues playing. For India, however, it was the first instance of a concussion replacement as Ravindra Jadeja was hit by a nasty bouncer in India’s innings that crashed into his helmet. As a result, he didn’t turn up for bowling.

But it didn’t impact India’s bowling and in fact, helped them win the game as the replacement for Jadeja, Yuzvendra Chahal, took crucial wickets of Finch, Smith, and Wade, ending up with best figures for India – 3/25 – as the visitors clinched the game by 11 runs, taking a lead of 1-0 in the three-game series.

Winning skipper Virat Kohli, speaking in the post-match presentation, admitted that the concussion replacement rule helped his side as Chahal wasn’t in their plans otherwise.

“There were no plans of having Yuzi in the game. Concussion replacements are a strange thing. Today, it worked for us. Yuzi showed character to squeeze the opponents. I thought they had a great start. They were cruising. The batters offered us a few wickets. That is T20 cricket for you. In Australia, you need to play hard and show intensity till the end,” Kohli said in the post-match presentation.

Kohli also added that T Natarajan can improve a lot and was happy with his bowlers’ performances. Natarajan picked up the dangerous Glenn Maxwell on just two runs in his first spell and then returned back to get the wickets of D’Arcy Short and Mitchell Starc to end up with 3/30, which was a brilliant effort in the absence of Jasprit Bumrah and an expensive Mohammed Shami.

“He batted beautifully in the last game. Natarajan looks like he can improve a lot. Chahar bowled well as well. Chahal got us back in the game. Hardik’s catch was a game-changer as well,” Kohli said.