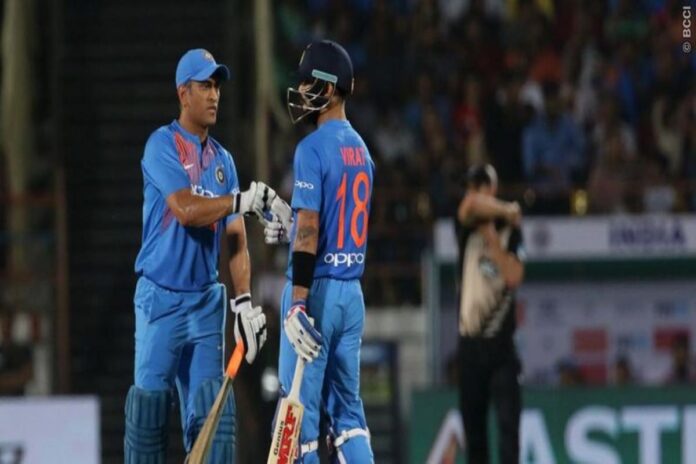 On Sunday, ICC finally announced their decade XI across all formats, naming MS Dhoni as the skipper in both the ODI and the T20I format while they named Virat Kohli as the skipper for the Test decade XI. Meg Lanning leads the women’s ODI decade XI with two Indian stars in the lineup.

After days and months of voting, ICC has finally revealed the decade XI, across all formats, with MS Dhoni leading the decade’s ODI and T20I XI. To start with the T20I XI, the ICC has named the duo of India’s Rohit Sharma and West Indies’ Chris Gayle as the openers of the lineup. Australia’s Aaron Finch and India’s Virat Kohli features as the No.3 and 4 in this lineup as AB de Villiers completes the middle-order.

In the ODI XI, however, the ICC has named Australia’s David Warner to partner Rohit at the top of the order while Virat Kohli features as the No.3 alongside de Villiers as the No.4. Shakib-al-Hasan finds himself a place at No.5 as MS Dhoni bats at No.6 with Ben Stokes completing the top seven. Mitchell Starc and Trent Boult complete the left-arm pace attack, with Lasith Malinga the only right-arm pacer. South Africa’s Imran Tahir finds his place in the XI ahead of the other spinners.

While Virat Kohli featured in the XI in both formats, he was named as the skipper in the longest format. England’s Sir Alastair Cook and David Warner were named as the openers with Kiwi batsman Kane Williamson as the No.3. While Kohli features at No.4, Australia’s Steve Smith follows him at No.5, with Kumar Sangakkara donning the gloves and batting at No.6. Ben Stokes walks at No.7, Ravichandran Ashwin at 8 with Dale Steyn, Stuart Broad, and James Anderson the mainstream three pace bowlers.

In the women’s ODI line-up, Australia’s Alyssa Healy was named as the opener with Kiwi opener Suzie Bates. India’s Mithali Raj and Australia’s Meg Lanning completes the top-order as Stafanie Taylor and Sarah Taylor round up the top six. Australia’s Ellyse Perry features at No.7, with South Africa’s Dane van Niekerk at 7 alongside country mate Marizanne Kapp. Jhulan Goswami and Anisa Mohammed complete the bowling department.