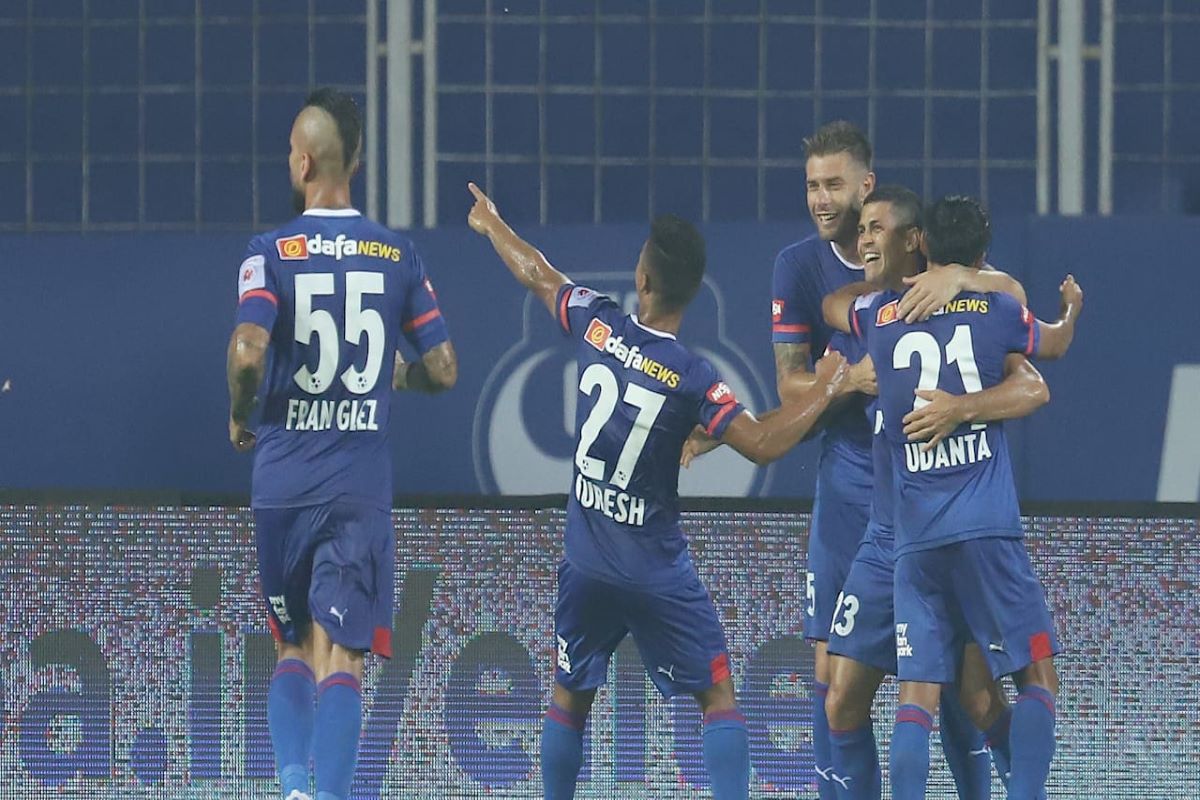 A 56th minute Sunil Chhetri penalty helped Bengaluru FC secure their first win of the season as they beat Chennaiyin FC 1-0 at Bambolim on Friday. Chhetri scored with a low, powerful drive to Vishal Kaith’s right hand corner after Cleiton Silva was brought down in the box by substitute Edwin Vanspaul.

The Blues get the better of the defending champions and take all three points at their Fortress. Chennaiyin had their chances in the first half but didn’t really shine in the second. Bengaluru made the most of their one chance in the first half and that was enough for them. They were the better team in the second 45 and didn’t allow their opposition to get on level terms. Some work to do for both teams but for now, Bengaluru FC will be the happier team.

Bengaluru were then given a lifeline in the 69th minute, when Rafael Crivellaro’s goal-bound header was deflected away off Kuruniyan’s outstretched hand. Neither the referee nor the linesman spotted the infringement.

Chennayin came out if its shell after the goal but it couldn’t find the equaliser and falls to its first defeat of the season. The extent of Thapa’s injury will be its biggest concern now.