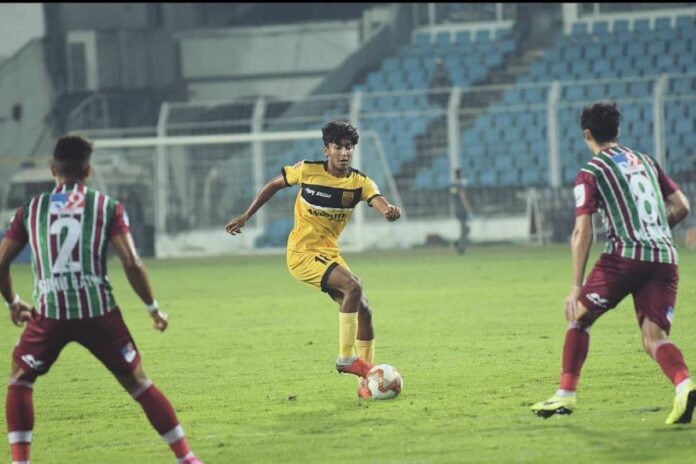 Hyderabad remain undefeated as both sides split points at the end of 90 minutes.

Both teams were evenly matched but Bagan had more shots on target and easier chances to score but Hyderabad played defended well and did enough to secure a point. Hyderabad had more of the possession in the first half but ATKMB were more creative.

ATKMB dominated the chances only for the veteran keeper Subrata Paul to deny them their goal. HFC did well going forward but lacked the killer pass which could test Arindam Bhattacharya.

After a goalless first half, ATKMB, opened the scoring in the 54th minute. A defensive lapse from the HFC backline saw Manvir Singh open the scoring in the 54th minute. The Mariners lead though lasted just over 10 minutes as Nikhil Poojary won his side the spot kick. Manvir Singh, the scorer, was guilty of bringing down Poojary in the box. Joao Victor slotted home the spot kick with a venomous shot. Both sides created half chances but were not clinical enough to grab a winner.

Hyderabad’s teamwork denied Bagan a chance to turn the game around and the teams had to be satisfied with a point.