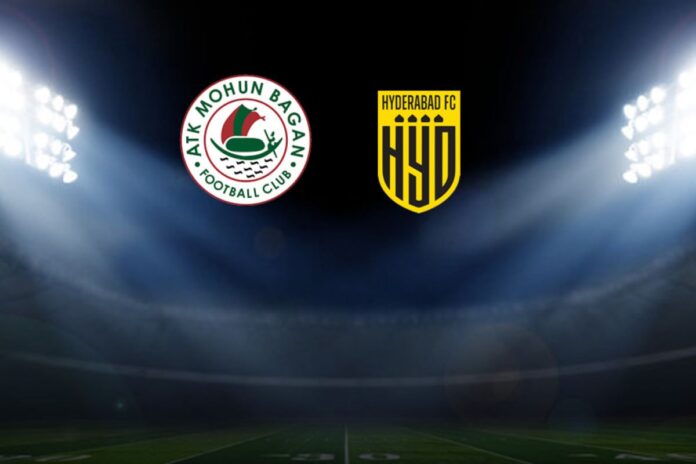 ATK Mohun Bagan will be keen to get back to winning ways when they take on an unbeaten Hyderabad FC in an Indian Super League fixture at the Jawaharlal Nehru Stadium here on Saturday.

ATK Mohun Bagan faced their first defeat of the ISL season when they lost 2-1 against Jamshedpur FC. The Mariners had kicked off their campaign on a high, with three straight wins but their streak was broken by the Red Miners.

The three-man defensive setup deployed by Antonio Habas was breached for the first time this ISL season after three clean sheets in a row. The compact midfield saw the appearance of Brandon Inman and Glan Martins with Edu Garcia in the attack.

Roy Krishna continued his fine run, grabbing his fourth goal of ISL 2020-21. His consistency will be key for Habas’ men to get back into form in the competition.

Hyderabad FC started their season on a winning note before being held to consecutive draws in the last two games against Bengaluru FC and Jamshedpur FC. They currently occupy the sixth spot on the points table with five points from three outings.

Hyderabad FC are solid defensively with the experienced custodian Subrata Paul between the sticks. The Nizams will have to play out of their skin when they take on the Mariners.

Can Hyderabad capitalise on ATK Mohun Bagan’s loss in the last game and add to their misery?