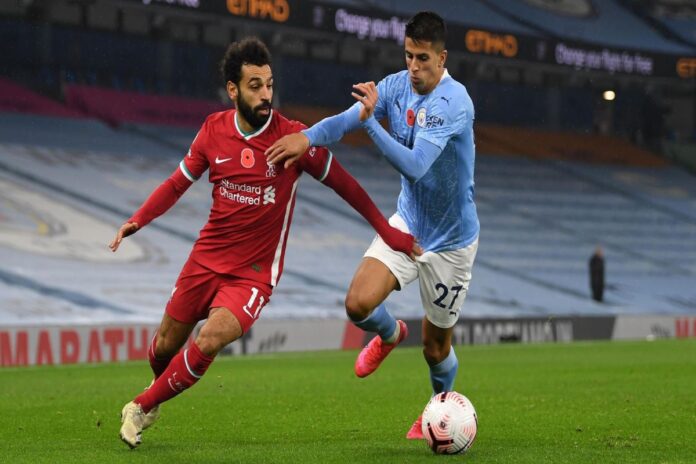 The first time Liverpool played Manchester City last season, the focus wasn’t on the game, or the players or the managers but instead on how the two sides played their football. One opted to dominate the ball and force their opponents into submission, while the other chose to control the transition.

The latter side dominated and walked away with all three points in a hearty game despite only having seen 45% of the ball. That was the way Liverpool had always intended to play their football with Jurgen Klopp building arguably the perfect team to play their football on the transition. Quick forwards, all-action midfielders and defenders that are better at anticipating and starting moves than most other players that play the position. It’s the perfect combination and exactly the reason why the Reds ended their three-decade wait for a Premier League title.

Go back even further, to the 2018 World Cup final and France had just 34.5% of the ball. That’s it which is why Croatia dominated the first half and yet walked into the break 2-1 down. Because France took their chances when they got them but mainly because Didier Deschamps created a side that didn’t dominate possession or the stats sheet but that was clinical. That was not just efficient but the definition of efficiency on the ball and their statistics sheet proves that. They had fewer shots in total, won fewer corners, were dispossessed nearly two times as much as Croatia were and yet France walked away as 4-2 winners.

It could have been 4-1 if not for Hugo Lloris conceding a terrible goal but c’est la vie. But what further emphasises just how much football has changed is the fact that despite having only 34.5% of the ball, despite only taking half the number of shots as Croatia, France finished with 85% shot accuracy. That means out of their seven shots, six hit the target and four hit the net proving just why Les Blues lifted the World Cup. They played their football in the method that proved to help them the most. Not the method that made them look great with the more fluid and creative players like Nabil Fekir and Thomas Lemar given limited minutes.

But instead, Didier Deschamps used Blaise Matuidi as a winger to allow Antoine Griezmann and Kylian Mbappe the opportunity to not defend if they didn’t want to. To allow Olivier Giroud to stay rooted at the center of the field at all times and become the focal point of the team. Probably why the Frenchman didn’t score as much was expected from him but the game-plan worked. Look at those two games all alone and it means nothing but take a harder look and a trend appears. Football has changed and it has been drastic and almost instant with the move from tiki-taka to transition play, moving rapidly.

So much so, that Spain and Germany were practically wiped out by teams that were a lot faster and more clinical than them. It has seen effectively everyone change to adapt to the situation with even Pep Guardiola doing the same. Not just that but the world around them has changed as the change in the game has forced itself upon players.  That’s not a choice that many have been given but simply the survival of the fittest and a prime example is Mesut Ozil. The German is a fluid and wonderful playmaker to watch at his best. Give him space and time to work his magic and it’s poetry in motion but in this day and age where time is the most precious object in football, Ozil struggles to operate.

Instead, the role of the playmaker has gone beyond just creating moves but instead players like Ozil are expected to do everything. There are a few exceptions to the rule but it’s why the number 10s, the pure strikers/goal poachers are nowhere to be seen. Or rather, a rarity in today’s game. Instead, you have an all-action superstar who can practically do everything they’re asked of. Not just that the way the game has evolved has been rapid and instantaneous which has seen players become far more fluid. Gone are the days where a particular set of attributes shoe-horns a player into one position.

Because of the ability that teams have to cover 50 odd yards of space within seconds which means that everyone needs to do everything. The Naby Keitas’, Dries Mertens’ and Konrad Laimers’ of the world are a glimpse into the immediate future that is ahead of us. Players who don’t just defend or attack but players who do what their manager tells them to do and when needed. James Milner playing full-back, on either side, Antoine Griezmann running his lungs out every single game,  Samuel Eto playing left-back are just a few examples over the years.

A near-perfect example is the RB Leipzig team as barring the center-forwards, like Yussuf Poulsen and Alexander Sorloth, everyone else plays multiple positions. Look back and there are bound to be thousands if not hundreds of examples. The footballing world is overfilled with those but the main takeaway is the fact that the position hasn’t changed. The defensive midfielders are still defensive midfielders, the full-backs are still full-backs and the strikers remain strikers but what has changed is the way the role has changed. A striker now can’t just score goals, but he has to create goals, he has to be a part of the build-up play, press and do everything else

The midfielders are no longer just number 8s or 10s but instead, the two positions have been merged together into one rather magnificent all-action star. Playmaking has been taken over by defensive midfielders because in the age of the transition, moving from back-to-front has to be rapid and instant which has seen defensive midfielders become more than just your average players. It’s why controllers like David Silva, Andres Iniesta, Santi Cazorla and co are being phased out with the next-gen moving out wide, as full-backs, and deeper because that’s where space is.

All because footballers now have to be more direct and efficient while being more direct is key here which has been brought about mainly to beat the press and find a way forward before the other side find their groove. You would think, in a rather chaotic footballing world that a controller, someone who calms things down and controls the tempo of the game would be rather useful but that’s a debatable idea and defined by the transfer moves the big teams are making. That has in-turn affected the players because who wants a man who does just one thing, no matter how well he or she does it?

That does beg the question, however, because the modern players do so much more than their counterparts from yesteryear, does that make them better than they are? Does it diminish the legend of the Ronaldo Nazzario’s, the Zinedine Zidane’s, then Pep Guardiola’s or even the Dennis Bergkamp’s of the past because they were near perfect but only at a handful of things? It really shouldn’t because this is just the way football evolves and it has always been the case and always will be the case. Those men of yesteryear were gods in their own way, shape and form.

They did things so well and brilliantly, that footballers in this day and age have been forced to find their own way through. Find their own method of separating themselves from the pack which is why, years down the line, everyone will remember Samuel Eto playing left-back for Inter Milan against Barcelona in Jose Mourinho’s team on their way to the club’s first treble. Or Lionel Messi and how he didn’t just adapt to the times as they flowed but adapted in a way that only a true genius and a once in a generation player can. Few will, however, remember just how lethal and brilliant Robert Lewandowski which defines this article in a sentence.