What are the Teen Patti rules 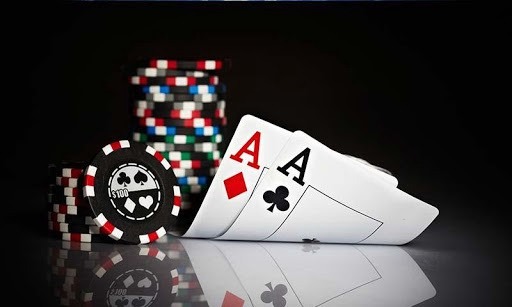 You will have to be aware of the rules of 3 Patti card game. If you want to know all the Teen Patti rules, then read this article till the end.

South Asia is home to the card game Teen Patti, which has its roots in the Indian subcontinent. It is a game that has evolved from the English game of three-card brag. Some places call it flush or flash. To win, you must create the greatest three-card hand possible based on hand rating and increase the pot’s reward fund before the showdown. This game uses a conventional 52-card deck (without jokers).

There are two key factors that contribute to Teen Patti’s popularity. One would be how easy it is to play, and another would point toward a Hindu holy tale. Such games are thought to have been performed between Goddess Parvati and her husband, Lord Shiva. Hindu culture holds that in order to succeed, one must go through the same processes as one’s God.

The Teen Patti game rules are also fairly simple to recall. Unlike other poker or rummy games, the 3 Patti card rules chart does not require a lot of math. People participate in it to strengthen family ties and make some additional money. Now, if you are going to play Teen Patti, you should be aware of the game’s rules. Below in this article, we have given detailed information about Teen Patti game rules so that you can learn about them and use them when you are playing the game.

The “Boot,” or agreed-upon minimum stake, is the sum collected from participants at the beginning of the game. With each round of the game, the money is placed in the center of the table. The dealer deals each player three cards as they go around the table anticlockwise.

Now, when it’s their time, players can choose whether they wish to play “Seen” to view their cards and engage in “Blind” play by keeping the cards face down. You need to bet at least the current stake if you’re playing blind (Boot). Then, if the subsequent player is also playing blind, the current stake is equal to your bet or twice your bet, whichever is greater (if he has seen his cards already).

You must bet at least double the amount of the current stake (assuming the person who placed the previous bet has also seen his cards) if you have already seen your Teen Patti sequence (if the player who bet before you were playing blind). For that, you will have to be aware of the 3 Patti sequence rules.

You are permitted to examine your cards at any time during blind play. Furthermore, you can then change your status to a seen player, and from that point forward, the seen player betting rules apply.

It begins with the person to the left of the dealer and then moves clockwise around the table for as many rounds as are required. Turn by turn, each player has the opportunity to either place a new stake to continue or to fold. Folding means giving up your stake and forfeiting whatever money was previously placed in the pot.

To remain in the game, you must set a bet based on your “current stake” and whether you are betting blind or seen (a seen player is called a “chaal” in Hindi, so when you are searching for 3 Patti game rules in Hindi then keep this in mind.). Blind players have to bet half as much as saw players do in order to stay in. The initial investment in betting is one unit.

In the case of blind players (those who have not glanced at their cards), you must bet at least the current stake and up to twice the stake. You will then contribute a stake to the following player. In order to place a bet as a seen player, you must place a bet that is at least twice the stake you currently have and that is at most four times the stake. Your bet is divided in half for the following player’s existing stake.

When it’s your time to gamble, if you’re a blind player, you can decide to peek at your cards. When that happens, you become a seen player and must bet at least twice as much going forward (or fold). The 3 Patti blind rules are very important to understand.

If everyone is present, you can request a compromise, also known as a sideshow, from the player who placed their bet just before you when it is your turn to place the minimum bet (double the current stake). You can accept or reject the compromise from the player in front of you.

You will have to understand the 3 Patti hand ranking if you want to win. If a player has the top-ranking hand, they will win over those with the lowest cards. Here are the 3 Patti card rules for Hand Ranking that you must be aware of in order to succeed in the game:

Three of a Kind or Trio

Three cards can be grouped together as a trio card if they are all the same number and rank. A set of three Aces would rank as the highest three-card poker hand in this case, while three cards marked “two” would rank lowest.

The Ace, King, and Jack of diamonds are examples of three unconnected cards of the same color that can be included in accordance with the 3 Patti colour rules.

There must be two cards with the same rank and color, such as Aces, and Kings, or Queens, and Jacks.

High Card or No pair

Your card can be categorized as a high card if it doesn’t fit into any of the aforementioned categories. You can attempt to draw the best card out of the three in this situation.

Four cards are dealt to each player, and they must choose the best three of those four cards to use.

The lowest-ranking cards are preferred above the highest ones under the lowball 3 Patti Variation rules. For instance, the player with the higher ranking (A-A-A) will likely win when compared against K-K-K, yet in this case, K-K-K will receive the winning point. So be careful with the muflis 3 Patti rules.

Each time a card of the same rank is drawn, it is done at random by the dealer, who also gets to keep the other cards. With regard to the chosen cards, the players must fold.

Combining face-up and face-down cards, this 3 Patti Variation is played. To obtain the ideal set of three cards with the greatest ranking, players must work hard.

In this case, the dealer deals with the cards before any betting. Players have the option to reject undesirable cards and buy fresh ones with the help of draw money.

Each player receives an inadequate quantity of cards under the community 3 Patti Variations rules. The extra cards (community cards) from the table must be used by the participants to create the highest-ranking three-card combination possible.

The players take their cards from the deck and place them on their foreheads in this funny 3 Patti card version. Everyone except the player can view their cards in this fashion.

So these were the 3 Patti winning rules. The 3 Patti is a straightforward online live game with easy-to-comprehend rules. As previously indicated, just your three cards and the dealer’s three cards are used in each round. The dealer must have one of the three dealt cards be a Queen or higher in order to be eligible.

You must make your initial bet (the “ante”) in order to participate in the game. You will get three cards when the betting period has ended, while the dealer’s cards remain closed and hidden from view. The same applies to deciding whether or not to “play”.

You are also in the right place if you have seen this game and want to earn money from it. This house-to-house game has now spread its wings online and is gaining popularity. The best thing about playing it online is that you can make money from it no matter where you are.

Then you can enjoy this traditional game no matter if you are at home, in the office, or at a party. For this reason, the Indibet platform is the best since you get the most user-friendly interface here. Get plenty of bonuses and promotions as well. In case you are not familiar with how this game works or what the rules are, then this article is the one for you. After reading it in full, you will learn each and every detail about Teen Patti. So, open Indibet now and turn your winnings into real money.

The 3 Patti game rules are very important to understand if you want to earn some money.

Playing Teen Patti on INDIBET is absolutely legal. For online betting on Teen Patti, INDIBET is among the most well-liked and safe sites. The payment methods are all accepted.

Where can I play Teen Patti online?

It’s quite simple to play Teen Patti online. On INDIBET, all you have to do is register or log in. Depending on your preferences, you may select a table. After the dealer has dealt the cards, you have the choice to go all-in, raise, or fold.

Is it possible to win real money when playing Teen Patti online?

Yes. On INDIBET, you can play and win actual money. You can take your money out right now if you win. Withdrawals are simple, and customer service is available around-the-clock at INDIBET.