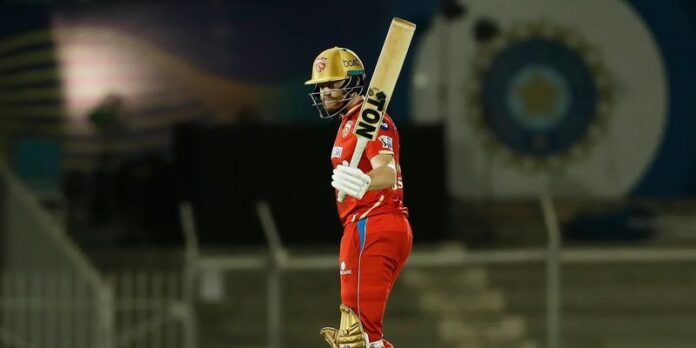 Punjab Kings’ opening batter Jonny Bairstow was at his best in the game against Royal Challengers Bangalore as his powerful knock helped his side set a match-winning total. Liam Livingstone, Bairstow’s Punjab teammate lavished praise for his teammate saying Jonny’s knock kept them ahead in the game.

Jonny Bairstow was at his absolute best in the game against the Royal Challengers Bangalore as he demolished their bowling attack to give his side a great start. The English batter smashed 66 from 29 balls and his innings was studded with 7 sixes and 4 boundaries which set the tone for the rest of the Punjab Kings’ innings. Royal Challengers Bangalore were outclassed in all departments as the Mayank Agarwal-led side managed to win the game by 54 runs.

Liam Livingstone, the Punjab Kings all-rounder lavished praise for his teammate Jonny Bairstow. Livingstone said Jonny Bairstow’s innings helped them stay ahead in the game. “That’s how we want to play our cricket, Jonny was outstanding and set the tone, from then on we were ahead of the game. It was a chance for myself to get in and assess the conditions a little bit longer than usual” Liam Livingstone said while speaking to Star Sports.

“It was nice to knock it around for a little bit before setting a platform to get at the end. Jonny set it up for the rest of the batters and the way we bowled was exceptional on a very good pitch,” he said.

The English batter admitted that his side was a few runs short in the match against RCB. “I still thought we were 10-15 short with the size of the boundary and how good the pitch was, all credit goes to our bowlers. If we get our chance to put the opposition under pressure then make sure we do that, Jonny did that against one of their best bowlers in the tournament,” he concluded.