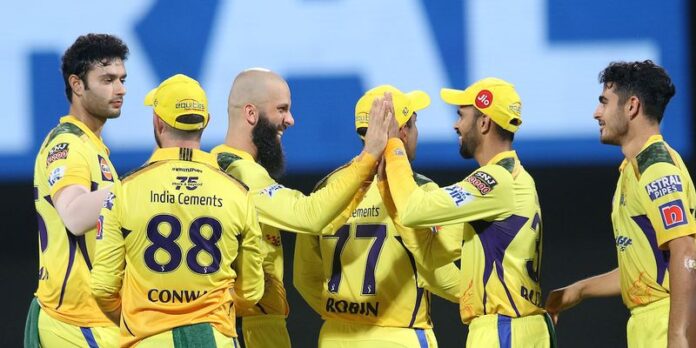 Chennai Super Kings will take on Mumbai Indians in their next game as they look to continue on their winning streak if they want to qualify for the playoffs this season. The MS Dhoni-led side have to win every game if they want to stay alive in the tournament and defend their title this year.

Chennai Super Kings and Mumbai Indians are two of the most decorated teams in the Indian Premier League. Between them, they share 9 IPL titles which is proof of how they have dominated the league in the years. Fans of both teams are always pumped when the two sides go up against each other and it will be no less yet again as they meet for the second time this season.

Mumbai Indians are out of the race to the playoffs as they have had their worst season in the history of the IPL. Yet, they can play spoilsport for Chennai Super Kings if they manage to win this game. This is because Chennai Super Kings have to win every game they play if they want to stay alive in the tournament. The losses that they had to endure in the initial stage of the tournament have made qualification difficult for them and now winning their remaining games is the most important thing that they will have to do.

With MS Dhoni back at the helm of affairs for CSK, the team has looked like a solid group once again and have even done well. CSK fans will be hoping that the game against Mumbai Indians goes in favour of CSK.

Mumbai Indians have just two games in the IPL this season and are at the bottom of the points table. On the other hand, CSK have won four games out of the 11 matches that they have played and are just one spot above Mumbai Indians.

CSK and MI have played 33 times against each other out of which MI have won 19 times and Chennai have won 14 times.

The Mumbai Indians skipper has shown some signs of returning to form this season and it will be given that the CSK pace attack is relatively inexperienced, Sharma can take them apart. With Mumbai Indians having nothing to fear for, expect Rohit Sharma to fire for his side in the game.

Chennai Super Kings are back in form with two wins from the last three games. Their opening batters Devon Conway and Ruturaj Gaikwad have shown excellent batting skills in the recent past and dominated the bowlers. With every match being like a knockout game for them, CSK will be the favourites to win against Mumbai Indians.