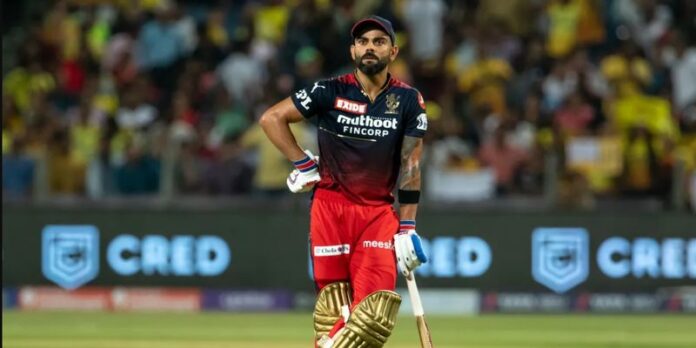 Virat Kohli’s form has been a cause of concern for quite some time now and the way he is batting in the IPL shows that he is overcooked from all the cricket that he has been playing. Former India opening batter Wasim Jaffer wants Virat Kohli to take a break from the game and just rest.

Virat Kohli is not in the best form for a long time and this season of the Indian Premier League has been a forgettable one for him with the bat. The right-handed batter has two fifties from the 12 matches that he has played this season. But, he has also registered three first-ball ducks which never happened to him in the IPL. Many former cricketers and experts believe that Kohli needs to take a break from the game if he wants to prolong his career.

Former Indian opening batter Wasim Jaffer also spoke about Virat Kohli’s form recently and stressed on the importance of him getting a break. “The way he has got out in the last couple of matches, it seems he is overcooked by playing too much cricket. The last six months have been very intense for him as he resigned from the Test and T20 captaincy and was asked to leave ODI captaincy. After going through all these things, he is playing in IPL and hasn’t been able to score much for RCB, which certainly affects one’s mindset. So, I would suggest that Kohli take a four to six weeks break after the conclusion of IPL 2022 and come back as a mentally fresh player,” Wasim Jaffer told News24.

In the 12 matches that he has played this season, Kohli has only managed to score 216 runs from 15 games.

“He doesn’t have the captaincy burden so I feel whenever he will come after the break, I will be in a better mental state as he will now focus on his own performances rather than thinking about selection issues. I definitely feel he should take a break in South Africa and England series and he may come to play in the Asia Cup, whenever it takes place. The break will be handy for Kohli and will help in coming with a fresh perspective. If we can get the old Virat Kohli, it will be great for India,” he added.