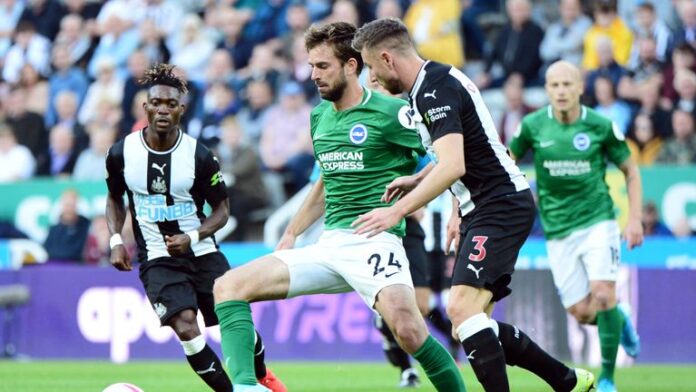 Brighton and Newcastle will play a 6-point match in the relegation zone of the Premier League, in the 29th round! The hosts can’t count on important players like Connolly, Lamptey, March and Webster, while Steve Bruce comes to AmEx Stadium without Almiron, Saint-Maximin and Wilson – the three most important people in the attack! In addition, defender Fabian Schar is also injured. The only “mouths of fire” for the guests remain Gayle and Joelinton, announced the headlines on Friday.
At one point, it seemed like Newcastle was getting rid of emotions, but things changed pretty quickly. They took it downhill and are on the 16th place (goal average 29-36), with 28 points, while Brighton is on the 16th place (goal average 29-36), with 29 points. The first team below the relegation line is Fulham, with 26 points and great ambitions at the end of the season! So, the team that loses Saturday’s duel has all the chances to reach a relegated place, a few stages before the end of the season.
On the other hand, Brighton comes after a big victory in the local derby with Southampton (2-1), but Graham Potter is worried about the defensive balance of the “seagulls”: with a goal received in the last 5 consecutive stages. Before the victory with the “saints”, the Brighton had a series of 6 games in a row without success in England, although the white-blues also had appreciated evolutions this season, against some difficult opponents.
If we judge the two teams according to the statistics of this season and according to the conservative style of play adopted in the decisive matches, we realize that this derby of relegation cannot bring us too many goals.
Thus, we expect a match with few goals, but most likely, we will see at least one goal scored.