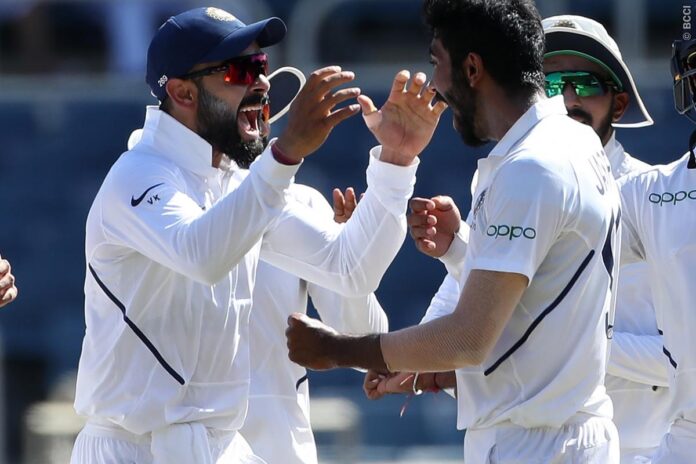 Kohli and DRS, it’s a strange relationship. The more Virat goes closer to DRS, the more he fails. It’s not a love-hate relationship but just one of failures and disappointment be it as captain or batsman. Coming up in age-rank, kids will be taught to do opposite of Kohli if they have to crack DRS.

It was the 108th over. India were in a desperate situation. All the heroes of Australia series were getting mauled. Ravichandran Ashwin had been dealt with disdain. Shahbaz Nadeem, the less we talk about him the better it is. Ishant and Bumrah tried to put up a fight but to no avail. Anyways, getting back to the 108th over, on the fourth ball Ashwin’s over, India could see a glimmer of hope. The hope of a wicket after no reward despite toil and hard work.

In a bid to reverse-sweep Ashwin, the ball popped up in the air off Stokes’ bat. Indian wicket-keeper Rishabh Pant went for the catch. Yes, it was supposed to be a catch or else why would Pant go after it as if his life depended on it? It felt short and then Kohli reviewed for an LBW. But wasn’t it supposed to be a catch and a catch comes off either bat or gloves? But Kohli interprets DRS in mysterious ways best known to him or the viewers were in for a surprise. But it turned out to be no surprise as the ball indeed hit the gloves and the review was busted. Not for the first time.

Consistency is the key to success. Who knows it better than Kohli? Next over, there was another appeal as Nadeem was bowling to Root. This time it looked a little closer than the last one. And Kohli lives and thrives on hope. He went for the review again. But guess what, he just can’t nail the DRS. The ball was missing the stumps and in two overs, India had lost two reviews and as Kohli’s desperate attempts only resulted in wastage of reviews and god knows what Pant does behind the stumps to not assist Kohli in his misadventures.