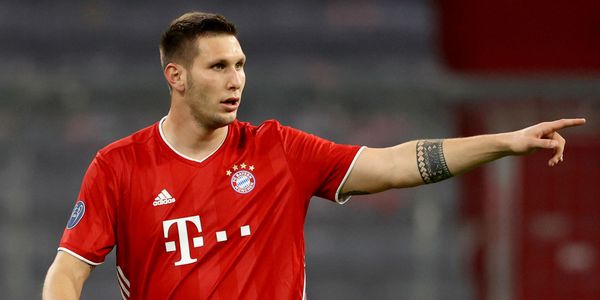 Barcelona boss Ronald Koeman believes that Sergino Dest has a lot to improve on especially his concentration with the full-back struggling to stay 100% focused during games. The American international has struggled with injuries in his debut season with the La Liga giants and that has hurt his form.

Despite an injury-hit debut season, so far, a lot has been expected from Sergino Dest and the American has done his best to deliver. But faced against Kylian Mbappe in Barcelona’s Champions League Round of 16 tie against PSG, the full-back was run all over the place by the Frenchman. It saw the PSG star net a hattrick with Dest replaced in the second half by Oscar Mingueza.

That has seen a lot of criticism fly the way of the former Ajax full-back and it saw Ronald Koeman admit that Dest hasn’t reached the levels the club expected. But, the Barcelona boss revealed that it is because of the injuries the young full-back suffered and added that Dest needs to learn how to “be more aggressive” and “more concentrated”.

“Maybe because he has not been playing regularly and because he has had some injuries, that was an influence on his participation in the team. But now he is OK, he’s physically OK. He is [20] years old but he needs to learn, he needs to be more aggressive, he needs to be more concentrated. He had too many periods in the game where he’s not 100% focused. We spoke to him about this,” Koeman said in a news conference on Saturday.

“He’s a young player, that’s good, he can learn, but he needs to learn. With all the positives he can bring to the team, he [also] needs to learn it is a big step to play for Barcelona than to play in Holland. He needs time, he needs advice, but it starts with the player himself.”