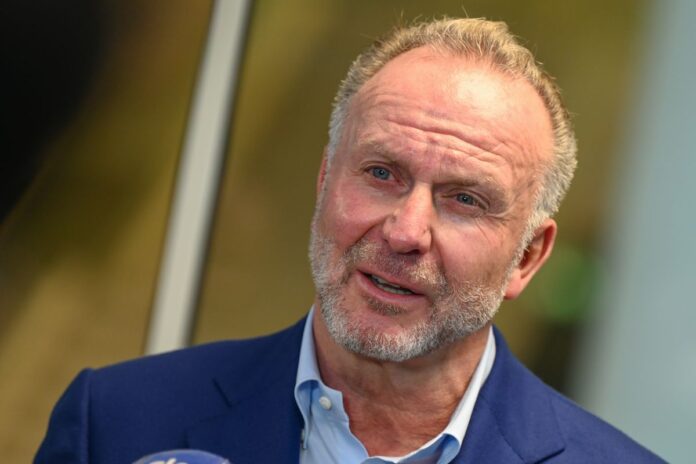 Bayern Munich CEO Karl-Heinz Rummenigge has revealed that the Bavarian giants are keen to keep German defender Niklas Sule at the club but only under the right conditions. The former Hoffenheim star has only eighteen months left on his current contract and has been linked with a move to England.

A lot was expected from Niklas Sule when the German first signed for Bayern Munich and while the 25-year-old delivered an ACL injury last season put a stop to that. It saw the Bavarians re-incorporate Jerome Boateng into the team and the defender thrived alongside David Alaba as the German giants won their second treble of the decade. That was despite Sule’s presence in the team and the 25-year-old has struggled to get back into the team since.

He has made 15 appearances in the league this season but that combined with Dayot Upamecano’s arrival in the summer could complicate things. Add that to the fact that Sule has only eighteen months alongside interest from England and it does lead to a problem for Bayern Munich. But that is not the way Karl-Heinz Rummenigge sees it as he admitted that the club will take a look at the defender’s situation in the summer and then make a decision together.

“We want the good German national team players at FC Bayern. Niklas still has one year of the contract. We will hold talks and see where they’ll lead. We will look at the whole thing seriously & calmly by the summer. Corona (Covid-19 pandemic) has also caused financial damage to FC Bayern. If we find a solution, we are happy to extend the contract, but that will only be possible under certain conditions,” Rummenigge told ZDF.