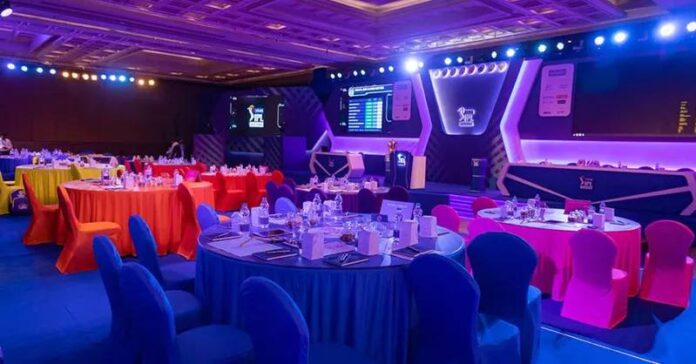 Pablo Escobar once burnt $2 million in cash to keep his family warm in the midst of a wave of cold, and today in Chennai, many an IPL franchise channelled their inner Escobar – just in a different way. But, leaving morals aside, everything’s fine as long as it serves the purpose, isn’t it?

Who fared the best – Delhi Capitals

Unlike Chennai, Punjab, or Rajasthan, Delhi did not splash the cash on one player in the hope of that cricketer ‘coming good’ and magically delivering them the title, but what they did was a slide in extremely smart and prudent buys that complimented their already-world-class squad. Both Steve Smith and Sam Billings, two street-smart T20 batsmen who were bought for a combined sum of just 4.20 crore, add a ton of experience and dynamism to an already-formidable batting core, while Meriwala and Umesh Yadav are an upgrade on the inexperienced seamers they released. Vishnu Vinod serves as the perfect Indian back-up for Rishabh Pant – something they didn’t have last season – while Tom Curran, Siddharth, and Ripal Patel are all able back-ups capable of slotting in and making an instant impact. They entered the auction with not-so-much in their kitty, but they ended up picking the players that could potentially turn them from ‘very good’ to ‘great’.

Historically, the Knight Riders always pick a small team and try to optimise the resources they have to sail the boat through. However, as Venky Mysore admitted in the press conference, the logistical challenges of hiring a replacement mid-way through the IPL are daunting at the moment, thus they decided to fill in the entire squad. But it is baffling that even in such a year, they failed to address one of their most glaring weaknesses last season. Shubman Gill needed an attacking opener to accompany him but it seemed like KKR have a way to confidence in Rahul Tripathi. Having Shakib-Al-Hasan in the side once again doesn’t really make sense if you look at the overall team composition, thus one could really argue if that can make any tides tick. Ben Cutting is a sure back-up for Russell, but he is past his prime and any addition will be a bonus. Overall, KKR have made their bowling really strong but left a lot of gaping holes, especially when they had an option to fill them.

Kedar Jadhav was snapped up by the Sunrisers in the eleventh hour of the auction for his base price, but so good was the purchase that it has a genuine claim to not just be a steal, but one of the best buys in the auction. Despite having potential in abundance, Sunrisers, with the young middle-order of theirs, yearned for a level-headed, experienced Indian campaigner and in the form of Jadhav, they have just that. The lack of a ‘banker’ in the lower middle-order plagued them last season, but what Jadhav’s signing does is give the likes of Warner, Bairstow, and Pandey even more freedom, for they can bat knowing very well that there will be an experienced campaigner down the order to steady the ship should things go south, something that was not the case last season. His strike-rate will, of course, make him a villain in the eyes of a plethora of fans, but, if used effectively, Jadhav can be an asset to any T20 side in the world.

Glenn Maxwell is like those Ranbir Kapoor movies, which promises so much in the beginning but fritters away in the Box Office, much to the dismay of the producers. Maxwell yet again hit the strap to causally dominate the auction proceedings and joined RCB for a price of 14.25 crore but can you really get enough of it? See, nothing against Maxwell, a fantastic player in the Big Bash League and an even better player for Australia in international cricket, but he is a proven failure in the Indian Premier League. He reasoned that the lack of clarity in the IPL has played a part in it but I wonder if RCB can actually give any solid plan ahead to roll forward. Maxwell has always been at his best when he bats at the top of the order but those slots are filled now. If Kohli decides to open with Padikkal, a slot is opened up at No.3 but that will push AB de Villiers to keep wickets as well. Not an ideal scenario, considering de Villiers’ fitness at the moment.

Let’s face it – Chris Morris is not going to get a lot of ‘good’ messages coming his way in the next day or so. Overrated and overpriced are two terms that will be used extensively to describe him. He got sold for a whopping 16.25 crore – the most expensive signing in IPL history – and for someone who hasn’t played any professional cricket since the last IPL, those are figures that are mind-numbing. But if we indeed manage to curb the myopic viewpoint, RR’s purchase of Morris is genuinely good. Their Achilles heel last season was all pacers not named Jofra Archer but now, in the form of Morris, they have a world-class, IPL-experienced seamer who can double-up with the Englishman and maybe even make the RR pace-attack formidable. Last season, Morris was statistically the best bowler at the death, and even ignoring the firepower he brings down the order, the South African has the potential to drastically improve the Rajasthan side by leaps and bounds – which is precisely why he bags our ‘Best overseas signing’ award. Perhaps we’d have given it to Jameison or Richardson had they had the CV to back-up their pay-day, but Morris is a truly world-class customer who is bound to undoubtedly elevate the RR side.

Lukman Meriwala has the kind of numbers which make you go, “What? How has he never been picked all these years?”. It has been a long wait, but the veteran from Baroda finally got his deserved IPL contract this time around. And at a mere 20 lakh, you just can’t help but feel it is the biggest steal of the IPL 2021 auction. Meriwala was earmarked by many as the ‘name to watch out for’ and you could understand why: he is a left-arm seamer who bowls fast, he finished as the second-highest wicket-taker of SMAT 2021 and he has a career economy of 6.72. All this combined with the fact that he is Indian – Good Indian fast bowlers are the most precious commodity in the IPL, mind you – makes him perhaps ‘the most extremely attractive prospect’, so to snap him up for 20 lakh is outrageous. Add further context to Meriwala’s signing – he serves as the complimentary left-arm seamer for Rabada, Nortje, and Ishant Sharma – and it is truly absurd how Delhi managed to pull the coup off with no one even opposing them. The undisputed steal of the IPL 2021 auction.

We remember writing it at the end of the 2020 auction that Shahrukh was the best player to not have been picked in the auction, but that has been amended and how! After missing out on both Morris and Jamieson, if one team could have still made a solid bid for Shahrukh Khan and not regret at all, it was Punjab Kings, They had a huge purse available and a damning necessity owing to the lack of finishers in their side, particularly after the release of Maxwell. In a way, it was only fair that Shahrukh Khan was purchased by the Kings, with Preity Zinta having someone to celebrate the good old days of Veer Zara and Kal Ho Na Ho. Those are pure classics of Hindi cinema and Zinta will also hope that this new SRK can wrestle his magic for a few classic Punjab wins.

Best player who was not bought – Alex Hales

KKR needed him, but one doesn’t need any magic power to understand why they didn’t go for him – the Morgan factor, of course. But if you tell me, Hales couldn’t be of any use to any other team, I am sorry, you’re probably watching the wrong sport. An absolute beast of an opener and a batsman whose reputation as a power-hitter grew multifold in the last year is unsold. Let that sink in first. For example, Chennai Super Kings, whose back-up openers read Robin Uthappa and Narayan Jagadeesan, could have really added him to the squad instead of going bonkers for Moeen Ali. To be fair, Moeen is a good addition but Krishnappa Gowtham does the job in a way. Delhi lack a spunky opener and Hales could have added a lot to a side that have way too many anchors now.