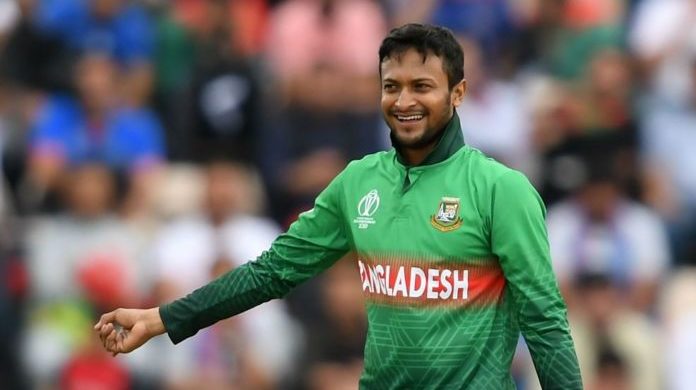 Bangladesh all-rounder Shakib Al Hasan, who was purchased by KKR on Thursday for INR 3.2 crore, has opted to skip the two-Test series versus Sri Lanka to partake in the 2021 edition of the IPL. Shakib informed of his decision to the BCB, who in turn granted ‘leave’ to their talisman all-rounder.

Shakib al Hasan, on Thursday, became an IPL player once again as he was purchased in the auction for INR 3.2 crore by his former franchise Kolkata Knight Riders. Shakib, who represented SRH in IPL 2019, missed the 2020 edition of the tournament owing to the ICC-invoked ban he was serving but was picked up by KKR in the 2021 auction having successfully marked his comeback to the sport after serving the ban. But the all-rounder’s appearance is set to come at a cost for his country, Bangladesh, as it has been confirmed that the 33-year-old will miss the Tigers’ two-Test series versus Sri Lanka scheduled to clash with the T20 extravaganza.

Shakib’s decision to ‘skip’ the Test series was confirmed by Bangladesh Cricket Board’s cricket operation chairman Akram Khan, who asserted that the board had no intention to hold hostage a player who is not interested to play for the country’.

“He (Shakib) had recently given us a letter [asking] to skip the Test series against Sri Lanka as he wanted to take part in the IPL,” Akram told Cricbuzz.

“We have given him the permission as there is no point pushing someone who is not interested to play (Test for national team).”

The news of Shakib skipping international duty will delight the Knight Riders, as, earlier, reports had emerged that there was uncertainty surrounding the availability of Bangladesh players for the IPL. But while it is great news for the Kolkata-based franchise, featuring in the IPL will mean Shakib missing yet another international series, as the 33-year-old is also set to miss Bangladesh’s limited-overs tour of New Zealand owing to the birth of his child.