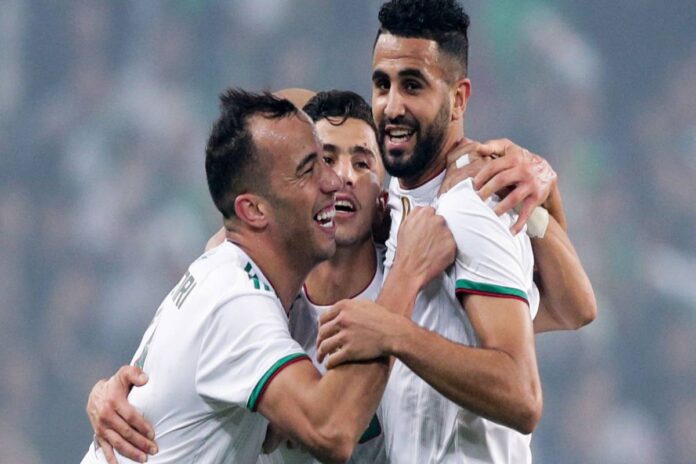 Algeria national team head coach Djamel Belmadi has revealed that Riyad Mahrez isn’t happy with his lack of game-time at Manchester City especially over the recent years. The 29-year-old signed for the club in the summer of 2018 but has been in and out of Pep Guardiola’s Cityzens squad since then.

Ever since his £60 million move to Manchester City, Riyad Mahrez has consistently either created or found the net for the Cityzens with 62 goal contributions in 119 games since then. But despite that and the fact that Mahrez has always hit double figures for both goals and assists for the club, the Algerian has struggled to consistently play for the team. Instead, the 29-year-old has found himself in and out of squad with him playing three out of his last five league appearances off the bench.

That hasn’t stopped Mahrez though with the forward netting five goals and assisting two more in his fourteen league appearances so far this season. It includes a hattrick against Burnley and that lack of game-time has seen Djamel Belmadi claim that the 29-year-old “isn’t happy in Manchester”. The Algerian national team’s head coach further added that Mahrez “is a fighter” who wants to play consistently and that he hopes that happens soon.

“Mahrez isn’t happy in Manchester because he doesn’t play often, and he’s a fighter who wants to play all the games for his team. I can’t ask him to leave his club to play more in another, I’m not his agent, but the most important thing is for him to keep his fitness and to be ready for the next games of the national team. He’s our captain. I understand the fear of the fans, but, in my view, he’s got the ability to bounce back once again. I trust him,” Belmadi said, reported Goal.