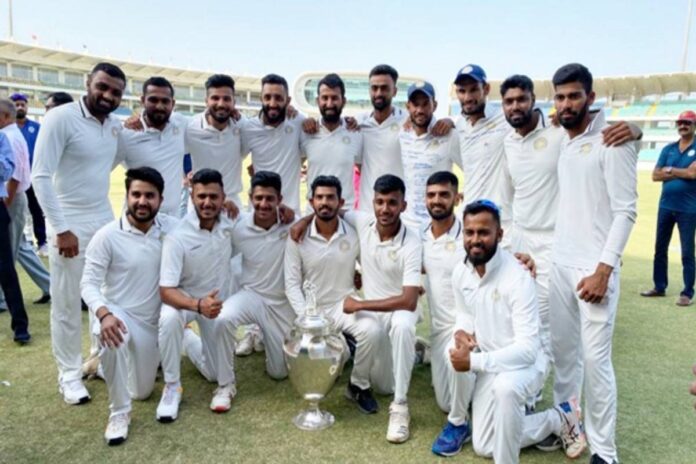 After the successful completion of the Syed Mushtaq Ali Trophy, the BCCI have reportedly zeroed in on February 18 as the start date for the 2021 edition of the Vijay Hazare Trophy. Motera, however, is expected to not host any games this time around owing to the India-England series.

After a four-month delay, the BCCI successfully kick-started the 2020/21 domestic season and staged the Syed Mushtaq Ali Trophy. The 20-over competition was played across 7 biosecure venues over a period of 21 days, and to the organizers’ credit the tournament was held without any setbacks, with no player or staff testing positive mid-tournament. The success of the SMAT led the BCCI to announce that they will also be staging the VIjay Hazare Trophy to round off the ongoing domestic season, and it is believed that the 50-over competition will be played from February 18.

“Same venues are being preferred because the local associations know the protocols,” an official of Baroda Cricket Association told Cricbuzz.

This means that Mumbai, Baroda, Kolkata, Indore and Bangalore will all get games, like in SMAT, but one city that will be missing out is Ahmedabad. Both India and England will be in Gujarat for a month – February 18 to March 18, where they will be playing 2 Tests and 5 T20Is – and thus, as a result, it will not be feasible to stage games at the Motera, which hosted all knockout games in the recently-concluded Syed Mushtaq Ali Trophy.

The Women’s one-day competition is also expected to kick-off on February 18, running simultaneously alongside the Vijay Hazare Trophy. Vijayawada, Hyderabad and Pune, according to Cricbuzz, are expected to be three of the venues that will play host to the Women’s 50-over competition.