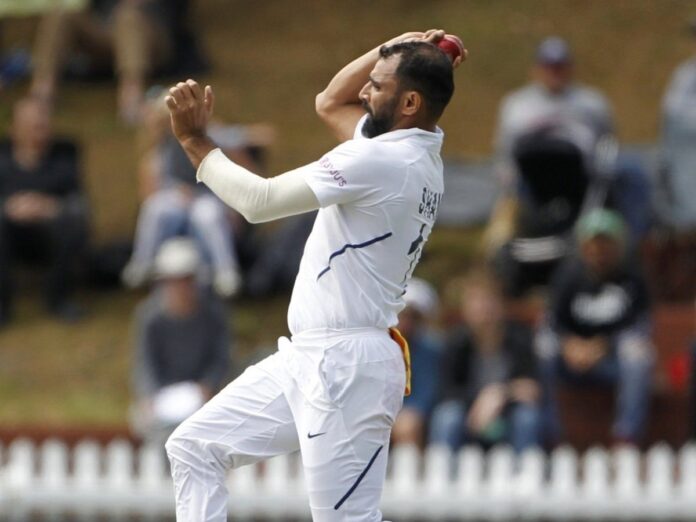 After injuring himself in the first Test against Australia, Mohammed Shami has resumed practice with a view of making his return to the Indian setup for the pink-ball Test against England. The pacer was ruled out of the first two Tests in Chennai, with him still recovering from the injury.

India’s series against Australia had endured an injury count, beyond seen in the recent Test history. At one point, it looked like India wouldn’t have eleven players eligible for selection. One of the injured players during the series was Mohammed Shami, who was considered key to India’s chances of success Down Under. However, his injury paved way for Mohammed Siraj, who turned out to put a heroic performance in Australia.

With India already having announced their squad for the first two tests in Chennai, Mohammed Shami has been ruled out of the reckoning. However, with the pacer increasing his activity at the National Cricket Academy (NCA) in Bengaluru, reports suggest that the bowler would be available for selection for the pink-ball Test in Ahmedabad.

“Shami’s forearm is fine right now. He will have some low intensity net sessions for the next few days. He has been advised to bowl around 18 deliveries a day at 50 to 60 percent effort,” a source in the know of things told PTI on conditions of anonymity, reported TOI.

“The pink ball Test is still two and half weeks away (February 24). There is a very good chance that Shami will be fit and available for selection,” added the source.

The pacer had also posted a video on Twitter, where he was seen bowling in the nets. The source added that they would have a clear picture of the situation by the end of this week.

“That he has started bowling means that his forearm is fine. He doesn’t have any other niggles as of now so by the end of next week, a more clearer picture will emerge,” said the source.