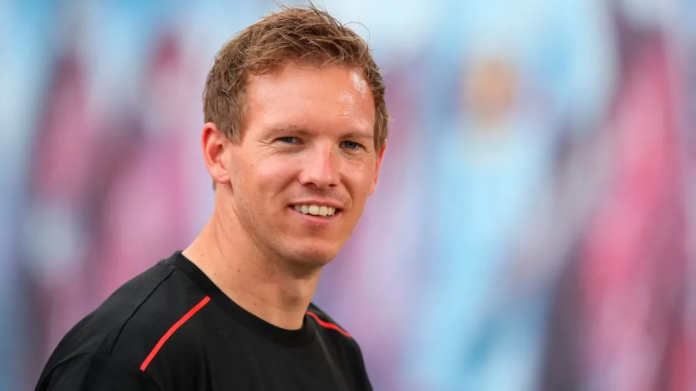 RB Leipzig boss Julian Naglesmann has revealed that while Real Madrid did get in touch over him signing for the Los Blancos, the move did not come at the right time for him. The 33-year-old thrived at Hoffenheim before he signed for Leipzig in 2019 and has since made them into one of Germany’s best.

Despite being only 33 years old, few managers in the world are as highly thought of as Julian Naglesmann especially after he lead RB Leipzig to the Champions League semi-final. That was the club’s first semi-final in Europe’s top club competition and while the German side lost to PSG, they were showered with plaudits because of their performances. That hasn’t changed for Naglesmann with the German considered to be one of the brightest coaches around.

That was what Real Madrid, reportedly, thought a few years ago with the Los Blancos approaching the former Hoffenheim boss and offering him a job in 2018. While Naglesmann turned it down, the German revealed that the La Liga giants did make the move and also revealed that he rejected the offer. The 33-year-old further added that he didn’t believe that moving to Real Madrid was the right step at the time and would welcome the chance in the future.

“If they call me in the future perhaps the decision would be different, but two years ago it was the right decision. I had no time for preparation, no time to learn the language. I did not have great experience at international level. With Hoffenheim, we only won one continental game, so to be the next manager of Real Madrid was not the right next step. The step to go to Leipzig was better for my career.”