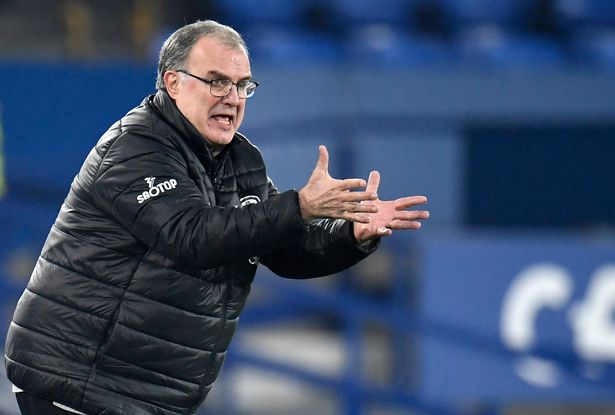 Football in 2020, and thus now 2021, has been relentless. There has been football nearly every week since Project Restart began with the exception of the ten days between the end of last season and the start of the European games.

Yes, and that one month break that teams not playing European football got while the others had three weeks, or thereabouts. Which means that for Manchester United, for example, their season, after a foray into the Europa League, ended on August 16th and restarted September 19th. Crystal Palace, on the other hand, saw their season end on July 26th and restart on the 12th of September.

It’s the difference of a few weeks and change but the point of the matter is that football has been relentless. And it has only become worse as the season has worn on with there a Premier League, League Cup or an FA Cup game live on at least 27 of the 30 days. Don’t get it wrong, this is not to criticize or hate on the product but just a showcase on how nuts it has been so far. That has had some adverse effect on a few people with football watchers reducing by the minute.

Naturally, people still pay attention to what might be, arguably, the greatest title race in the history of the Premier League but the number of people watching every single match has reduced. Few can blame them because COVID-19 has forced fed football to people every single day and while that isn’t a bad thing, for most of them the game was a distraction.

Because as far as many are concerned, it’s all the same when the reality is a far cry from exactly that. It’s why the FA Cup and watching the joy of the cup brought about a genuine change for many people. Especially when you watch non-league side Chorley beat Derby County in what was a breath of fresh air of attacking football. Because there were two teams, who had nothing to lose which meant that they were simply going at it for 90 minutes.

Tim Stillman put it brilliantly in a Twitter thread, that has now been lost on the interweb, but the basis of it was how a lot of football is average and forgettable. Now while that is an opinion many fans won’t agree with, it is true and especially applies to the Premier League over the last few years. And you can’t really blame the teams especially when they’ve got 120 million, for the teams that finish 17th with that figure rising, on the line. That is just for surviving in the Premier League and that is a helluva lot of money.

So you can’t really blame teams like Crystal Palace, Newcastle United, or even a Burnley when they replace an identity for stability and something that will help them survive. There is absolutely nothing wrong with that but it doesn’t really make for great viewing or a great spectacle which is possibly, ever so slightly, why so many Newcastle United fans hate Steve Bruce with such venom. Because here is a manager who is doing nothing more than helping the Magpies survive a Premier League season.

Nothing more, nothing less and sure while some of them are still peeved at the fact that the takeover didn’t take place, the rest are more angry at the football on show. Why? Because of Marcelo Bielsa, Leeds United, and their absolutely insane, very very entertaining brand of football. So much so, that there is a saying now that floats across the Twitter-web, across podcasts, across the interweb, across articles and it says “always watch Leeds United”.

Because within two and a half years, Marcelo Bielsa has transformed this team from a mid-table under-achieving side to a team that is now going head-to-head with England’s best. And they’re having fun, playing a brand of football that is a breath of fresh air to what had become a stagnant league despite it boasting the Klopps and Guardiolas.

Not since Norwich City and Daniel Farke stuck to their principles, since Pep Guardiola brought his magic to England, since Jose Mourinho and his glittering disdain for everything done by Arsene Wenger has the league seen something this transformative. It has changed the way many view football, Marcelo Bielsa, and even the way a few measure success. Because here is a side that have scored 30 goals and conceded 34 with them on par to concede a record number of goals, (81 according to statistics experts which decimates most records).

But yet Bielsa won’t change. Here is a side that beat Newcastle United 5-1, lost to Manchester United 6-2 then beat Burnley and West Bromwich Albion by a combined 6-0 scoreline. Then they lost to League Two side Crawley Town 3-0 in the FA Cup and the emotional roller coaster goes on. 23 league games played and yet every single Leeds United game is like watching a brand new one. But even now after consecutive losses across the league and cup, Bielsa will never change and that is just a part of the fun.

Watching a stubborn old man stick to his principles, his ideals perched on a stool while the new world order battles and tries to belittle him makes it even better. Stick this in a courtroom and no lawyer would ever cross-examine and hit out at the man the way many pundits and football experts across the interweb have and yet Bielsa doesn’t seem to care. And why would he?

His side sit 10th in the Premier League, the drop zone is SEVENTEEN points away, they have the joint (level with Chelsea) fifth-best attacking record (according to goals-scored) and that is despite all the injuries they’ve had. It’s a joy to watch Bielsa’s murder-ball, even if his side does look tired now, and it’s why Magpies hate Steve Bruce so much. Because once upon a time Kevin Keegan’s Magpies used to be called the “entertainers of the Premier League” but now, that title has been bestowed upon Leeds United and they’re doing a lot more than justice to it.

They’ve somehow managed to elevate it to a new level while playing football amongst the super-elite and the billionaire-funded clubs. That’s something Keegan’s Magpies never had to deal with and yet, Marcelo Bielsa continues on with not a care in the world and that makes it even better. Because despite a few billionaire-funded thrashings, with a few more set to arrive around the corner, and a few weird results, Leeds United are not going to change.

Sure, they do look tired right about now but that has always been the case with the Peacocks especially under Bielsa. But don’t worry, they tend to recover towards late-February before finding a brand-new level. And yet, even that is under a cloud of doubt. Because for those who know their Bielsa history, this is a man who couldn’t give a damn and could just leave/disappear into thin air at a moment’s notice.

Think back to a two-day spell at Lazio, his threat to leave the Chilean national team. and then him following through on that despite the fact that the election to appoint Jorge Segovia as President of the Chilean Football Board was annulled. Then go to the chaos with Olympique Marseille where he resigned after the opening game of the 2015/16 season with a simple “I have finished my work here, I will return to my country.” Many never liked that but it has only added to El Loco’s charm and the mystique around the 65-year-old.

So, enjoy it, revel in this because in this relentless age of football, in this 24-hour news cycle that demands instant gratification, in a world filled with revolving doors for managers, we just don’t know how long this will last. Either way, one thing is clear. Leeds United and Marcelo Bielsa are a credit to the league, so strap in for the wildest ride of your lives because even if you try to outlive him, you will end up being swallowed by the shark.