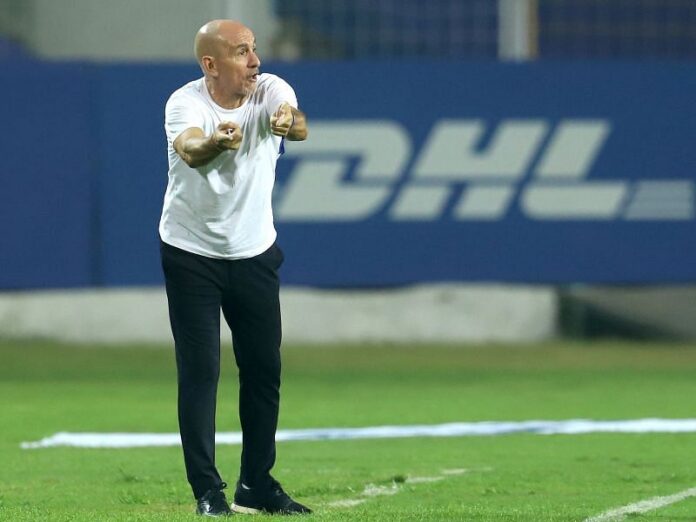 ATK-Mohun Bagan head coach Antonio Lopez Habas is convinced that they showed a complete performance en-route to their 2-0 victory over Bengaluru FC, last Tuesday evening. With the win, the Mariners are now just one point behind league leaders Mumbai City FC, with 10 wins to their name.

The fixture which was supposed to be one of the biggest ones this season turned out to be a one-sided affair with ATK-Mohun Bagan staring as favourites even before the starting whistle. Giving away a penalty in the 37th minute of the game did not help Bengaluru FC either, with them totally surrendering after Roy Krishna converted from the spot. The second goal was inevitable, even though the manner in which Marcelinho scored was a bonus. ATK-Mohun Bagan head coach Antonio Lopez Habas is thrilled with the win and was convinced that they played a complete performance.

“We played a solid match. We have a good feeling for the rest of the matches. We are improving every day and we have an opportunity to improve. It was a, maybe, complete performance. We have to think only about the next match, not thinking about the future,” said Antonio Lopez Habas, during the post-match press conference.

In spite of having experienced players in their ranks lime Sunil Chhetri for instance, the Blues have failed to deliver big-time, with the loss against ATK-Mohun Bagan summing up their season. Habas also stressed the fact that how their defenders tackled the Indian captain and kept him quiet throughout the game.

“Yes [they did a good job in controlling Sunil Chhetri]. He is a legend in India. In football, you have to respect the player and Chhetri is the captain of the national team. I know him from ISL 2014 and I have the same concept about him this season and the last season. I congratulate him on his career because for me he is one of the best players in India,” stated the Spaniard.