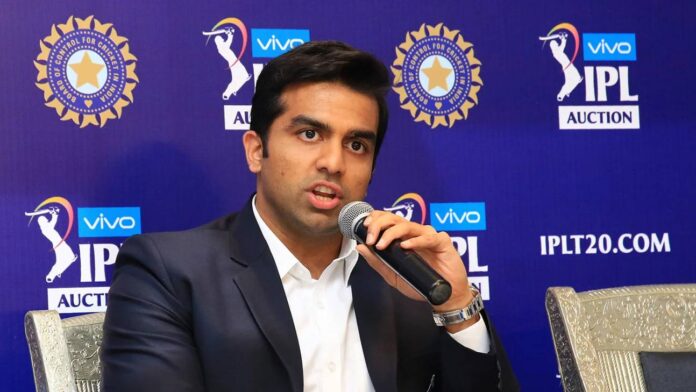 DC co-owner Parth Jindal feels the Indian Premier League will take place this year in India only given how other competitions have also been hosted in the country. He also said that there are possibilities of Mumbai hosting the league phase with Ahmedabad staging the knockouts of the tournament.

After successfully staging the 2020 edition of the IPL amid the global pandemic in the UAE, BCCI are still mulling the venue for hosting the 2021 edition of the cash-rich League. There are still doubts whether India will be hosting this year’s IPL or not. Notably, India are hosting England in a full-fledged Test and white-ball series at the moment apart domestic competitions, which is the first time that they are hosting any country since the outbreak of the Covid-19

Delhi Capitals co-owner Parth Jindal has opined that given how different competitions have been organised in India, it would be a big surprise if IPL doesn’t take place in the country this year. He also added that the league phase will most likely be played in Mumbai while the knockouts will take place at the newly built Motera stadium which is the largest stadium in the world

“From what I’m hearing and seeing, if England can come and tour, if the ISL (Indian Super League) can happen all in Goa, if Vijay Hazare Trophy (domestic 50-over competition) and Syed Mushtaq Ali Trophy (T20 competition) can happen across venues, I can’t fathom the IPL moving out of India. I do believe the IPL will happen in India,” Jindal told ESPN Cricinfo.

Jindal added that since Mumbai has three cricket stadiums, it may well host the league phase of the tournament, although that’s only his opinion.

“I believe they’re contemplating whether to have the league phase at one venue (city) and playoffs at another venue. There’s a lot of chatter about Mumbai being possibly being one venue because it has three grounds (Wankhede Stadium, Brabourne Stadium, DY Patil Stadium) and enough practice facilities, and Motera (Ahmedabad) hosting the knockouts, but it’s all unverified, it’s all just what I am hearing.”

He also expressed his happiness with the fact that even if league phase of the IPL takes place in Mumbai, Delhi capitals will be well prepared given they have a lot of players who hail from the financial capital of India and it will come handy for them in the upcoming IPL.

“If you look at our selection of Steven Smith, we felt the wickets in Mumbai will suit his style of batting.”

“The fact that we have so many Mumbai boys – Prithvi [Shaw], Jinks [Ajinkya Rahane], Shreyas [Iyer] helps. Mumbai has true bounce, the ball moves a bit because it’s on the coast, and all that played a role. The other option is being mulled right now is, why not open up all venues, go everywhere and show the world we’re ready for the T20 World Cup? They [BCCI[] are still unsure, I think it all depends on how the covid situation plays out in India over the next two weeks.”