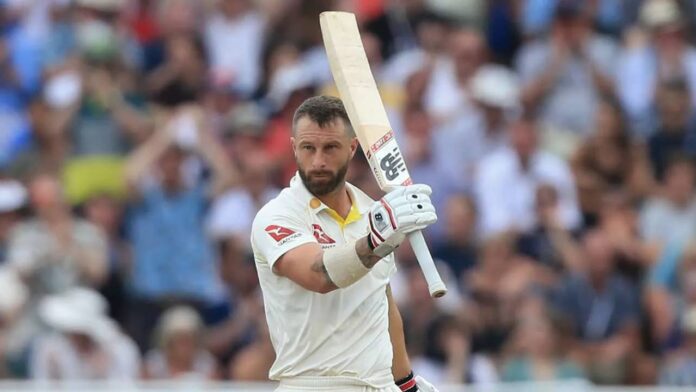 Matthew Wade, who was left out of the now-cancelled Test series versus South Africa, admitted that failure to convert starts resulted in his axing and conceded that 30s and 40s are ‘not good enough’ at the highest level. The southpaw, however, is confident that he can yet stage a comeback to Tests.

The daming 2-1 series loss at home to India served as a blow to the career of many an Aussie player, but none so more than Matthew Wade. Slotting up and down the order to serve the need of the team, Wade, who entered the series as a senior man who could be relied upon, failed to register a single fifty-plus score and ended the series with a paltry average of 21.62. As if the returns weren’t poor enough, Wade’s flabbergasting shot selection exacerbated things and a culmination of several factors led the selectors to wield the axe on the southpaw, who was left out of the Test squad for the series against South Africa, which has since been cancelled.

There are reasons for the 33-year-old to feel hard done by, but speaking of his axing, Wade admitted that it was coming. Four times in the India series Wade fell in the 30s and 40s, and the southpaw admitted that there can be no excuse to not convert starts at the highest level.

“I had the opportunity to turn starts into big scores and I didn’t do it. If you don’t do it, this is what happens,” Wade told cricket.com.au.

“I got plenty of scores, 30s and 40s, which at my age and the level we’re playing at, you’ve got to turn those into big scores. If I’d turned those into hundreds or 80s or 90s, we’re not having this conversation.

“I know I missed my opportunity; I played some poor shots and I find myself in the scenario I’m in now.”

A lot has been said and written about Wade’s axing, but the 33-year-old insisted that there is no need to overthink. Wade asserted that he got dropped because he under-performed and added that, in the aftermath of an embarrassing series loss, there were always going to be players who were going to suffer the wrath of the selectors.

“You can go into the nuts and bolts of why some players get dropped, but it’s usually pretty simple – you’re not performing at the level you should be. I don’t really need to dive into it too much.

“I know where I’m at, I’m comfortable with what I did. There was probably always going to be someone left out when we lost the series, and that was me.”

With the Australian selectors, by picking Cameron Green and Travis Head, making it clear that their affinity lies with the youth, chances for a 33-year-old Wade to stage a comeback might be slim, but southpaw isn’t closing the door on a potential return. Wade asserted that ‘he knows’ what he needs to do to regain a spot in the Test side and insisted that it is imperative that he grabs every opportunity that comes his way.

“In terms of my path back into the Test team, I think that’ll take care of itself. If I perform and an opportunity comes up, they know that I can play at that level.”