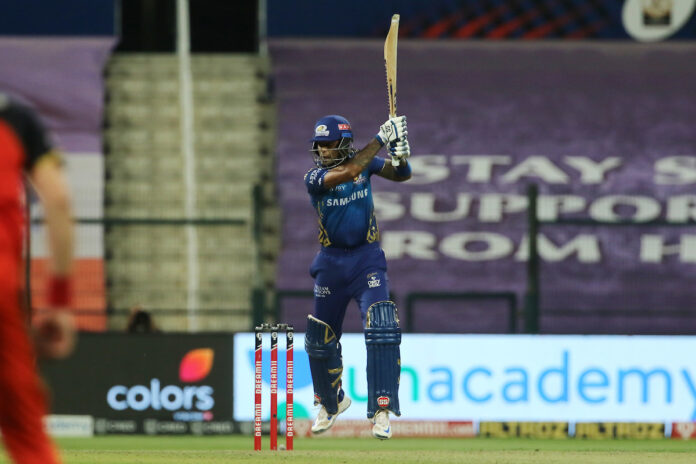 After being picked in India’s T20I squad, Suryakumar Yadav admitted that it is the right opportunity for him to make his Indian team debut. While stating that he would get to learn from Virat and Rohit, he insisted that the Indian team has the calibre to win the upcoming World T20 at home.

Just as Suryakumar Yadav was putting up heroic performances in the Indian Premier League, he was dealt with a shock when he wasn’t named in the Indian squad for the three-match T20I series against Australia. However, his performance in the tournament didn’t go unnoticed as the right-hander was picked in the squad for the five-match T20I series at home against England. Suryakumar was one of the brightest spots of the 2020 season, with 480 runs in 16 games.

Following his selection, the Mumbaikar admitted that he will get to learn a lot from the Indian skipper Virat Kohli and vice-captain Rohit Sharma. Post that, he also stated that is the right opportunity for him to make his debut in the Indian blues.

“There were a few instances during the IPL where I used to dream about winning games for India and I think the opportunity for me has come at the right time. It’s on me how I take it and how I make full use of it,” Suryakumar told Sports Today.

“I will get to learn so much from our captain Virat Kohli and then there is Rohit Sharma, everyone, A-Z all the players. I am really looking forward to spend quality time, grasp as much as I can,” Suryakumar added.

However, the Mumbai Indians batsman insisted that he would take one step a time, one game at a time, before his debut. Alongside that, he also opened up about his plans of exploration in the series.

“Not thinking about too much, I would say, I would go one step at a time, take one game at a time. I have a few plan. Obviously, I would love to go ahead and explore in this series,” Surya said.

On the team, the explosive batsman reckoned that he’s sure of the country’s chances of winning the T20 World Cup, at home.

“After having that historic win in Australia, I am sure the confidence of the team has gone way above other teams. I am really excited to join them and feel the same thing. And yes rightly said by you I think this time India will win the T20 World Cup in India,” Suryakumar added.