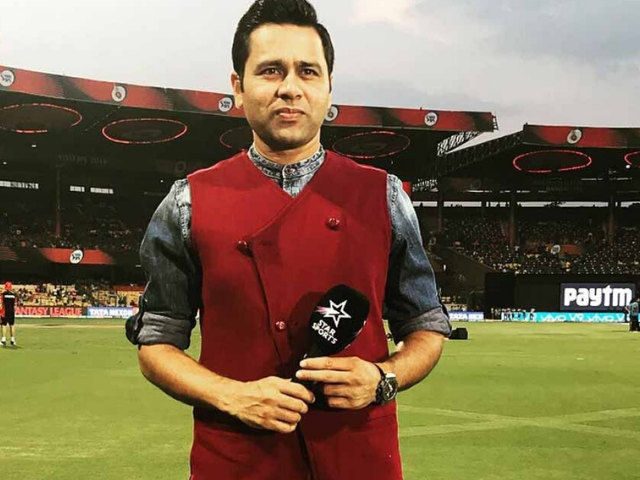 Aakash Chopra has admitted that it is great to see the Indian management keeping Rahul Tewatia in the mix with his ability to round up as a finisher and an able leg-spinner. Alongside that, he also praised Suryakumar Yadav for breaking into the Indian team, on the back of his efforts.

Even before the conclusion of the highly-anticipated Test series, the focus has turned to the Indian team’s selection strategy for the five-match T20I series. After India’s win over Australia away from home, the selectors have made quite a few notable changes to the squad, including the axing of Manish Pandey and Sanju Samson, in order to include the in-form Rishabh Pant and Suryakumar Yadav.

Alongside that, the management have also shown their faith in Ishan Kishan, Rahul Tewatia and Varun Chakravarthy for the five-match series. Tewatia, scored 255 runs with the bat, averaging 42.5 while striking it hard at 139.34. If that wasn’t enough, he also was influential with the ball, picking up 10 wickets for the Royals. Former Indian opener Aakash Chopra, in the wake of Tewatia breaking into the Indian squad, admitted that it is a great feeling to see the all-rounder being in the mix on his two-skillset.

“It’s great to see Rahul Tewatia also in the mix. Brings two skills to the table. Can bowl leg-spin and hit the big sixes. That’s something is very good about him,” Chopra said in a video on his YouTube channel, reported HT.

Away from that, the former opener also stated that Suryakumar Yadav’s hard work and plenty of runs in the IPL has fuelled his selection into the Indian setup. The Mumbaikar scored 480 runs in 16 games, at an average of 40 with a strike-rate of 145.01, which propelled his way. He also hoped that the right-hander got an opportunity to showcase his skills in the Indian blues.

“It took a while but his name came at last. He’s done a lot of hard work, scored lots of runs. In the end, his bat did the talking and I’m very happy for him. Hopefully, he’ll get an opportunity play and do well,” Chopra added.