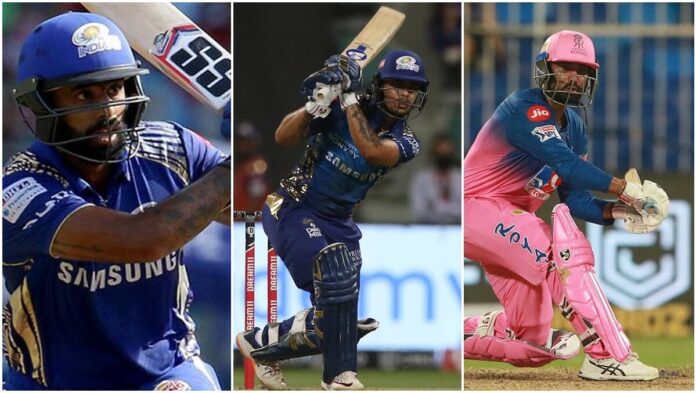 BCCI have announced team India’s squad for the five-match T20I series against England and have handed maiden call-ups to the trio of Suryakumar Yadav, Ishan Kishan and Rahul Tewatia, all of whom impressed in the IPL. Meanwhile, while the board have recalled Rishabh Pant, Sanju Samson has been axed.

Suryakumar Yadav’s half-a-decade long wait to don the Indian national jersey is all set to come to an end as the 30-year-old has been rewarded for piling on the runs in both the IPL and in Syed Mushtaq Ali Trophy by being named in team India’s squad for the five-match T20I series versus England. Despite amassing 480 runs in the 2020 edition of the IPL, Suryakumar was overlooked for the T20Is versus Australia, but the Mumbai Indians star, despite not enjoying the greatest of tournaments in SMAT 2020/2021, has found himself in the Indian squad for the England series.

But while there is good news for the aforementioned trio, that’s not the case with Sanju Samson, who has been axed from the T20I squad after enduring a disappointing Syed Mushtaq Ali Trophy. Samson, who set IPL 2020 alight with many a stunning knock, also played in each of the three T20Is versus Australia but failure to accumulate runs consistently has seen the Kerala man lose his place in the squad. Samson’s axing, however, has proved as a blessing in disguise for Rishabh Pant, who has been recalled after being left out of the T20Is in Australia.

Mystery spinner Varun Chakravarthy, who missed the Australia series via an injury, has been named in the squad, as has Axar Patel, who took a five-fer on his Test debut last week. Bhuvneshwar Kumar, who made a successful return from injury in SMAT 2021, has also been included in the squad, and he will be accompanied by Deepak Chahar, Navdeep Saini, Shardul Thakur and T Natarajan.

The selectors have also decided to give a rest to the trio of Jasprit Bumrah, Mohammed Shami and Ravindra Jadeja, while they have also dropped Manish Pandey, who failed to impress in the Australia T20is and enjoyed an ordinary IPL 2020.