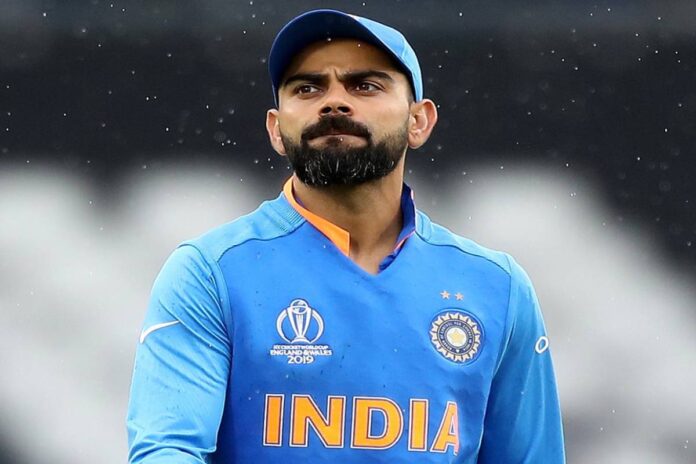 India’s Test vice-captain Ajinkya Rahane has opined that he will be taking the backseat now that regular skipper Virat Kohli is back and will try to help him when needed. He also stated that the team will try to play together as a unit and admitted that the win over the Aussies was really special.

With Virat Kohli, the regular Test skipper, back for the home England Tests, Ajinkya Rahane will again assume the responsibility of being a deputy to him. The last Test series against Australia was historic as India had breached the Gabba fortress and won the series 2-1 with a depleted side. Rahane had led India to victory after he took over captaincy post the shambolic Adelaide defeat under Kohli’s captaincy, where India had got out on 36, after which the regular skipper left on paternity leave.

On return of Virat Kohli, Rahane expressed his happiness that the skipper is back and outlined that he was made the captain only because Virat was missing and will try to help him as much as he can but take the backseat, unlike the Aussie tour.

“Virat (Kohli) is the captain. He left from Australia for family reasons that is why I became the captain. Originally Virat is the captain and I am the vice-captain. So I am really happy that he is back with us. Which is really positive,” said Rahane in a virtual press conference, reported ANI.

“As a team, we are trying to play as a unit and together as well as to our strengths. My job is to take a backseat and then help out Virat whenever required, whenever he asks me for certain things I will help him,” he said.

He also added that as a vice-captain, you need to be ready with suggestions as and when the captain asks.

“I generally take the backseat when I am the vice-captain. You have to visualise situations, think about what can happen in the game and if the captain asks you for suggestions then you should be ready,” he added.

He also outlined that the series win in Australia was special for the team but they will stay in the present as the win is now a thing of past now.

“Australia was special for us. We did enjoy our victory. But we are in the present now. It is all about staying in the moment. We respect England and we will not take them lightly. We are focusing on playing a good brand of cricket,” said Rahane.

Rahane was central to India’s fightback in the Aussie series as he scored a brilliant ton at the MCG. The right-hander stated that he will continue backing his game and isn’t preparing any differently for the four-match home series.

“We know our conditions and we are playing after almost 2 years in India. So it’s all bout personally backing my own game, what the team requires, and just play accordingly. So yeah, I am going to keep it really simple,”

All-rounder Hardik Pandya is also back in the Test side for the England series and it saw the Mumbaikar assert that he’s working hard on all his skill-sets but remained tight-lipped on the XI that will take the field in the first Test against England from Friday at Chepauk.

“Hardik Pandya has been really working hard on his game, batting, and bowling. Can’t talk about Axar Patel, we will take a call tomorrow morning for the playing XI.”

There have been doubts regarding the nature of wicket for the Test series opener but the 32-year-old said that Indian wickets will favour hosts’ strengths.

“The Indian wickets always have something for spinners. We will back our strength. Let’s wait and see,” he said.