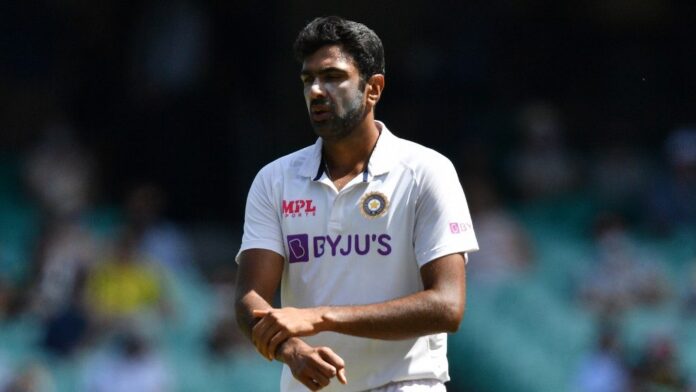 Indian offie Ravichandran Ashwin has credited India’s batting coach Vikram Rathour for his improved batting in the last four-five Test matches. He also admitted that it was great to see how Mohammed Siraj reacted when Ashwin got to his hundred and also thanked the crowd for their support.

Ravichandran Ashwin has been on a spree of changing perceptions around him since the Australia Tests. He had a fantastic series Down Under as he bowled brilliantly and took important wickets throughout. Then he showed redemption with the bat at the SCG when he helped draw the Test with Hanuma Vihari and now with the Chennai Test, he has proved that not only he can bide time but also score big, which has been missing with his batting in the last few years.

On day three of the ongoing Test, he made a memorable century as it came on a wicket turning square when most of the main batsmen also struggled to get going barring Virat Kohli. Ashwin credited the batting coach for his improved batting displays in the last few Tests. He had batted with Siraj to get to his hundred, farming the strike well and helping Siraj from the other end. He admitted that he had an idea of how to bat with the No.11 given his past experience with Ishant Sharma.

“I can’t say it’s been happening in the last three days, I have been practising with Vikram Rathour. I would love to credit him with how my batting has come through over the last four-five matches. I don’t know when the next Test is going to be here, but I am pleased. Don’t know if I will play another Test in Chennai, and if at all, when,” Ashwin said, reported TOI.

“In the past when he’s (Ishant) been with me when I got hundreds at home and once Siraj came, I knew how to approach.”

It was a heartwarming moment for the fans to see how much Siraj celebrated when Ashwin got to his hundred. And the spinner well aware of it admitted that it was thrilling to see Siraj celebrate the way he did.

“I was thrilled by his batting and told him to go through the line of the ball. It was amazing to see how excited he was when I got my hundred. I don’t know what the team is feeling like but I am sure they are thrilled. I can’t thank the crowd enough, they have been very supportive,” Ashwin said.

One of the hallmarks of Ashwin’s century was how well he swept the spinners be it conventional sweeps or reverse ones. India’s no.8 stated that it was a well-planned assault.

“I will sleep well through the night, that is all that I am thinking. Even after the last Test, we spoke about how we are going to counter Leach and probably bring sweep to the game Last time I was sweeping, I was 19 years old, I hit a bit of sweep shots well today. I am thankful the plan has paid off. Sort of had a very good day.”