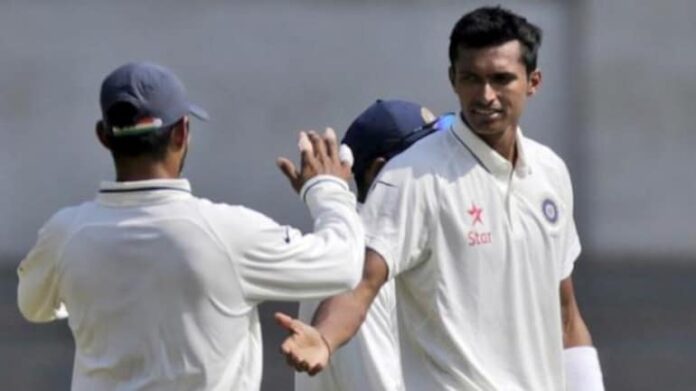 Injured pacers Shami and Saini have regained their full fitness and after the team management asked them not to feature for their respective state sides in the Vijay Hazare, it’s likely they will be part of the last two Tests for India. Shami had fractured his right arm during the first Test while Saini injured his groin in the last Test at the Gabba. Shami had started bowling 10 days back while Saini is also bowling at full ’tilt’ at the NCA.

“Saini is currently at the National Cricket Academy (NCA) in Bengaluru. He has bowling at full tilt. The Delhi selectors wanted to have his services for the Vijay Hazare Trophy but Saini was asked to stay back at NCA as he is likely to join the team in Ahmedabad,” a BCCI source told TOI.

Also. the selectors are looking to form a pool of T20 specialists with players like Ishan Kishan, Nitish Rana and Sidharth Kaul set to be part of it.

“One must realise there has been no India ‘A’ tours in the last year and it is difficult to hold one in the near future. This is essentially the ‘A’ team,” the source said.

Players like Nitish Rana, are likely to be on stand-by, as they can be called into the national side at any time.

“This is the reason they were asked to report to NCA for fitness tests. These players have been informed that they will be in standbys for the India T20I team. This is the reason why Rana wasn’t made the captain of the Delhi team for the Vijay Hazare tournament. These players could be called into Indian team anytime. They will be essentially appearing for trials,” the source added.

It has also been reported that Rishabh Pant, who was not part of the limited-overs squads in Australia, is likely to be rewarded for his consecutive fifties in the last four Tests with a call-up in the T20I squad and will be part of the white-ball plans. Suryakumar Yadav, who has been performing brilliantly for Mumbai Indians in the IPL, is also likely to be tried for the five-match T20I series. The squads for the last two Tests and the five-match T20I series will be announced after the culmination of the ongoing Chennai Test.