IND Vs ENG | Impeccable Camaraderie Responsible For Seamless Transition Between Myself And Jinx, Reveals Virat Kohli 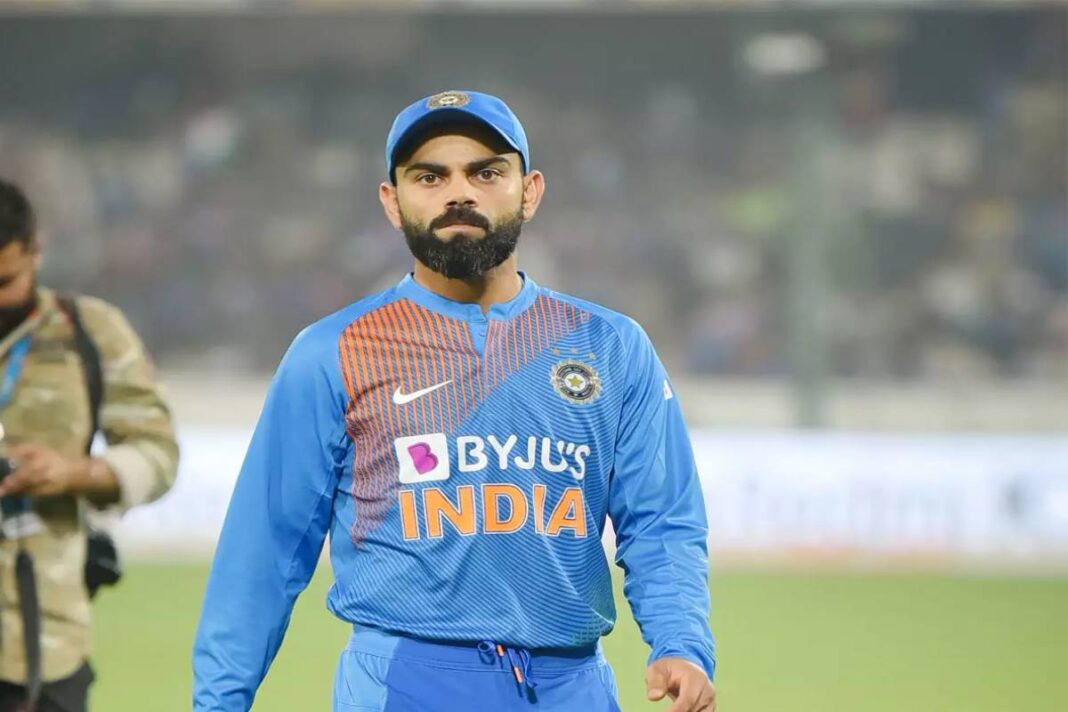 Virat Kohli singled out impeccable trust and camaraderie that exists between himself and Ajinkya Rahane as the reason behind the seamless transition in leadership and added that they both share the same goal – to make the country win. Rahane, in Kohli’s absence, led India to victory in Australia.

Every soul who followed the sport feared the worst for India after Virat Kohli returned home post the Adelaide debacle, but stand-in skipper Ajinkya Rahane ended up orchestrating a series win for the ages. That was only rendered possible due to the seamless transition in leadership between Rahane and Kohli, and ahead of the England series, with the incumbent skipper back, the duo will go back to their previous roles once again. Kohli, after the birth of his first child, will take over leadership duties and Rahane, by his own admission, will ‘take a back seat’ and go back to being the vice-captain.

It is not often that two leaders with contrasting styles and personalities function together in harmony without a clash of egos, producing the same kind of success for the side, but Kohli and Rahane have managed to do so. Speaking on the eve of the Chennai Test, the Indian skipper, who will be re-assuming captaincy duties on Friday, put this success down to the camaraderie and trust that exists between himself and ‘Jinx’.

“Things are very different on the outside as compared to what happens inside the changerooms. The fact that Jinx mentioned what he mentioned is because, not just between me and him but between the whole team the camaraderie and the relationship are based on trust and very well knowing that all of us are working together towards one goal – which is to make India win,” Kohli said in a virtual press conference on Thursday.

“I would like to mention that he fulfilled his responsibility in Australia with flying colours. It was amazing to see how he led the team towards victory. Between me and Jinx we’ve always enjoyed batting with each other. The mutual respect and bonding has always been evident. More than on the cricket field, we stay in touch off the field as well. It’s based on trust.”

Rahane has now been the vice-captain of the side for close to half a decade, and Kohli revealed that the Mumbaikar is not afraid to put forth his tactics and opinions and barge in with his viewpoint. The 32-year-old claimed that the relationship between himself and Rahane is the cornerstone of India’s success in the longest format.

“On the field he’s always been someone who has had the capability and the space and the capacity to come and give his inputs at different stages of the game. And we do have discussions on the field as to where the game is headed. I do discuss a lot with him on the field to get more clarity and get a different perspective. That’s how we’ve worked together. That is a massive, massive reason for the team’s success in the longest format.”

Kohli will lead team India in Test cricket yet again on Friday, and one player he could potentially get to captain is Axar Patel. In the absence of Ravindra Jadeja, the left-armer, interestingly, was named in the squad for the first two Tests ahead of veteran Shahbaz Nadeem, who played as the third spinner in the Ranchi Test against South Africa two years ago. Kohli revealed that the management preferred Axar over Nadeem as they wanted someone in the side who provides the same package as the injured Jadeja.

“The reason (for picking Axar ahead of Nadeem) was to have someone similar to Jadeja as to what they provide to the team. Axar brings this in all three departments of the game. As I mentioned before, that falls directly into our plans. The last time when Nadeem played, Jadeja was playing as well – that makes a difference. Axar was preferred because he brings in the same kind of discipline on the field.”

Whether Axar will make his debut tomorrow remains to be seen, but two cricketers who will continue to feature in the side, Kohli confirmed, are Shubman Gill and Rohit Sharma. Gill and Rohit were paired together in the last two Tests in Australia, and the duo struck instant chemistry, stringing together fifty-run partnerships twice in the four times they batted together. The Indian skipper confirmed that the duo will open in all four Tests, and hoped for the explosive pair to get the team off to good starts.

“We are looking forward to Rohit and Shubman playing all Tests and give us good starts like they did in Australia. It was one of the reasons for us being in very stong positions in the Tests we won. In Test cricket, getting starts is a very important factor and Rohit and Shubman both provided us with that. We are looking forward to more of that from them in this series to put us in strong positions.”

With Australia calling off their tour to South Africa, at stake for India in the England series is a place in the World Test Championship Final. A series victory by any margin would send India through to the WTC Final, but Kohli insisted that the team are not thinking about that prospect. The Indian skipper, instead, emphasized the importance of ‘taking it one session at a time’ and added that results will take care of itself if the team focuses on the process.

“In the Australia series we didn’t speak about winning because of the World Test Championship. It is a byproduct of the team doing well anyway. For us it remains a game of cricket – one session and one day at a time. That’s how success is achieved in the longest format of the game. Maybe we did discuss that in the New Zealand series, and that did add a bit of pressure to do things precisely.

“We ended up being under pressure a little bit. But from Australia onwards we were focused on the process, preparing well, going out there and just understanding the situation and making sure we play according to the situation. No point thinking about something that is still months away. It is important to stay in the present and take, as I said, one session at a time.”

With over 3.5 billions fans across the globe, associate football (or simply football/soccer) is considered to be the world’s most popular sport. For decades...
Read more
Roulette