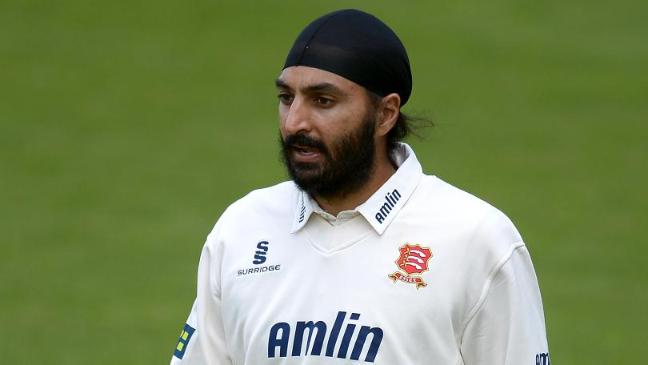 Monty Panesar, England’s star of the show in the 2012 India series, stated that England spinners should cut down on flatter trajectory to rely more on flight and length. Panesar has stated that England should pick Moeen Ali over Dom Bess to capitalize against right-handed Indian top order.

In 2012, the duo of Graeme Swann and Monty Panesar wreaked havoc, relying majorly on the turning tracks India dished out for them. It backfired massively as Kevin Pietersen joined forces with Jonathan Trott and Alastair Cook to give India a taste of their own medicine. Indian cricket have come a long way since then, losing just a solitary Test match at home in the next nine years. With England returning to India with their 4-0 hammering very much in mind, things might take a different turn this time.

But it would all come down to how England picks their team as Monty Panesar suggested the answer lies in their question. With the Indian top six being all right-handed batsmen, Panesar, who picked 17 wickets from three Tests, stated that Joe Root should pick Moeen Ali ahead of Dom Bess to pose a question for the Indian batsmen.

“Jack Leach is likely to play since India have a lot of right-handers and I will pick Moeen Ali over Dom Bess as the off-spinner in the eleven as he has done well in India and has the required experience. He can also bat,” Panesar told PTI from the UK.

“Having not played in Sri Lanka, Ali is fresh and hungry. India would not like facing Ali, they would be happy facing Leach and Bess.”

Ravindra Jadeja has been hugely successful in India despite his flatter trajectory is because of the control he brings to the fore, but for other overseas spinners, it has not been a viable tactic with the Indian batters being expert in playing across the line. Panesar suggested English spinners should cut down on the defensive mindset and lure the Indian batsmen to play areial.

“They should be aiming to bowl good length but how it is getting there also matters. Bowling too flat will make things easy for the batter, so I would flight the ball. The margin of error also increases if you flight the ball on a good length,” said Panesar, who picked up 17 wickets from three Tests in the 2012 tour of India.

“Give the ball some air and bring the batsman forward. You can bowl arm balls and cross seamers to mix things up but not too frequently especially when the ball is soft.”

“Joe Root should tempt the Indian batsmen to step out and go for big hits. You have men in the deep and have close in fielders at the same time. Have long on, a man on the drive, have your close-in fielders. The more the Indian batters try to accelerate, the bat acceleration will increase, and the probability of getting the edge increases. I would also want to ensure the Indians defend with hard hands. That will happen when you will encourage them to go aerial.”