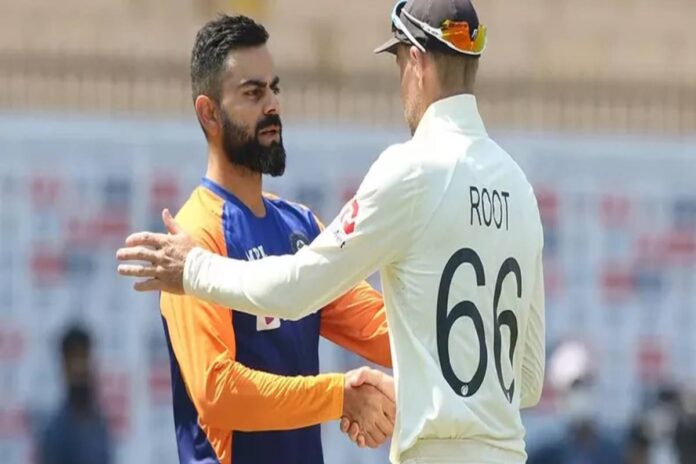 Virat Kohli, on the back of a staggering 227-run-loss, has reckoned that the hosts didn’t put enough pressure on the Three Lions to get a favourable result. He also added that in the second Test, the focus would be on keeping things tight and constantly putting them under pressure.

After losing the toss in the first Test, India were put under pressure and the pump in conditions that were not favourable to bowlers. That combined with the English skipper’s efforts on the first two days, the visitors got themselves to 578, a total that swung the encounter in England’s favour.

“I don’t think we put enough pressure on them with the ball in the first half. Collectively as a bowling unit, fast bowlers and Ash, were good in the first innings but we also needed to contain a few more runs and create pressure. Having said that, it was a slow wicket and not helping the bowlers which made it easy for the batsmen to rotate strike and get into the game. Just looked like not much happening in it on the first two days,” Kohli told broadcasters in the post-match presentation, reported Cricbuzz.

Kohli also appreciated Joe Root and the English side for sticking in and putting up a big total on the board. He also admitted that the hosts’ body language and intensity wasn’t quite upto the mark, which showed in the field. Kohli added that the team will constantly look to improve but insisted that England were far more professional and consistent throughout the test match.

“But credit to England, they got stuck in and put up a big total on the board. Our body language and intensity was not up to the mark, second innings we were much better. We were better in the second half of the first innings with the bat, not the first four batters,” he added.