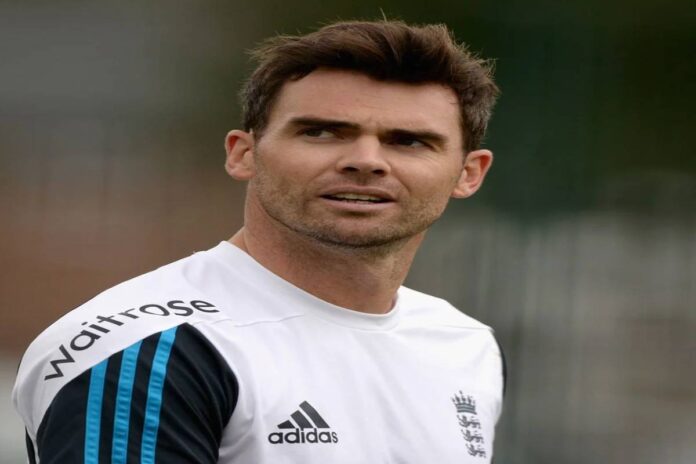 English skipper Joe Root was full of praise for veteran English pacer James Anderson as he termed him a great role model for the team after the first Test win over India. He also added that winning the toss was crucial but it was important to follow through on every facet to win.

English pacer James Anderson has been a crucial figure for England in sub-continent conditions after having struggled early on in the alien conditions. In the first innings of the Chennai Test, it was Jofra Archer, who was impressive but today not only James Anderson made his presence felt but opened up the game for the visitors after his five-over spell in the first session accounted for crucial wickets of Shubman Gill, Ajinkya Rahane and Rishabh Pant as he put up a reverse-swing masterclass.

Speaking post-game, winning skipper Joe Root applauded the skill-level of the 38-year-old and also termed him a great role model for the team.

“The way Anderson goes about things, challenging himself constantly and getting better all the time even at 38. He’s a great role model to the rest of the group. His skill level is right up there with anyone we’ve ever seen,” Root said in the post-match presentation, reported Cricbuzz.

England were lucky to win the toss on a wicket that played extremely flat for the first two days and started getting difficult to bat from the third day onwards. They put up a massive total of 578 runs on board in their first innings, which Root felt was crucial given they needed to make most of winning the toss.

“Crucial toss but from that point we had to follow through and make the most of a very good wicket. We did that very well. To take 20 wickets in alien conditions is a brilliant job from the bowlers. Knew from the outset it was going to be a good wicket. The first partnership got us going. Different stages guys came in and contributed. That’s got to be the way – if we’re going to win out here someone has to do that. Fortunately, it was me this week. We know that India are going to come back hard at us.”

England had decided against declaring on day four which was deemed pretty defensive by a lot of cricket pundits. Root, however, stated that he wanted to take India’s win out of the equation and that’s why he didn’t hesitate in batting late on day four leaving 420 to chase for India.

“The idea was to get to 400. Didn’t quite materialise like that. But having spent some time out there, I knew wicket had changed drastically and knew it was going to change again. Wanted to take India’s win out of the equation. As a bowling group we didn’t want to worry about the run rate. Standing here, having won the first game is very pleasing.”