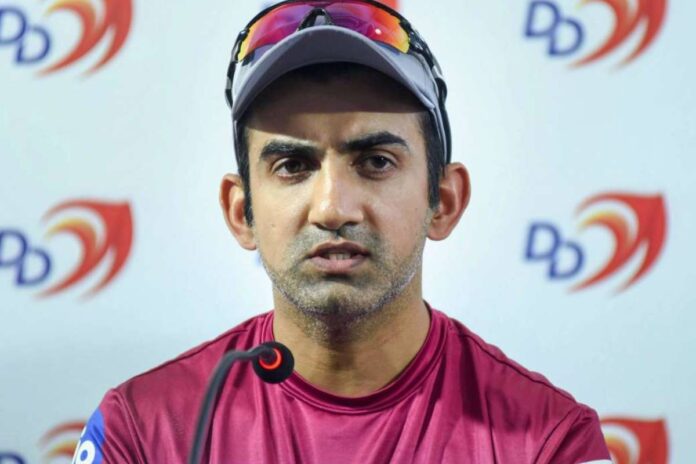 Gautam Gambhir has stated that India will win the four-match Test series 3-0 or 3-1 and the one win to England he has given in the account of the D/N Test. He has also added that this series will pose a completely different challenge as compared to the Sri Lanka series where England won 2-0.

Ever since England beat India 2-1 in 2012, many teams have come and gone but no one could really replicate the same feat. Australia beat India in Pune during the 2017 series but went on to lose the series, after which India haven’t lost a single Test at home. Such incredible dominance has made India a formidable side in world cricket and Gambhir stated that the upcoming series against England will not be a daunting proposition for the Virat Kohli-led side.

“I don’t see England winning any of the Test matches with the kind of spin attack they’ve got. It has to be 3-0 India or probably 3-1. I’m only going to give a Pink Ball Test match, probably 50-50 to England just from the conditions point of view,” 39-year-old Gambhir was quoted as saying in Star Sports show ‘Game Plan’.

After the Test series win under Ajinkya Rahane’s leadership, calls were there for Virat Kohli to be replaced as India captain. Gambhir, however, mentioned that he never questioned Kohli’s leadership in Tests but only asked for his head in the T20Is where he thinks Kohli is not as smart as Test cricket.

“Time and times again! Yes, Virat Kohli is the leader, but I’m sure he gotta be as happy as the rest of the squad as well, but at the same time, yes, he has done really well in Test cricket. I’ve always had question marks on his T20 captaincy. Never had question marks on his (Kohli’s) 50-over or his Test match captaincy. India has done really well under his leadership, especially in red ball cricket and I’m sure, India will continue to grow further, under his leadership, especially in red-ball cricket,” Gambhir said.

The India-England Test series will start on February 5 (Friday).