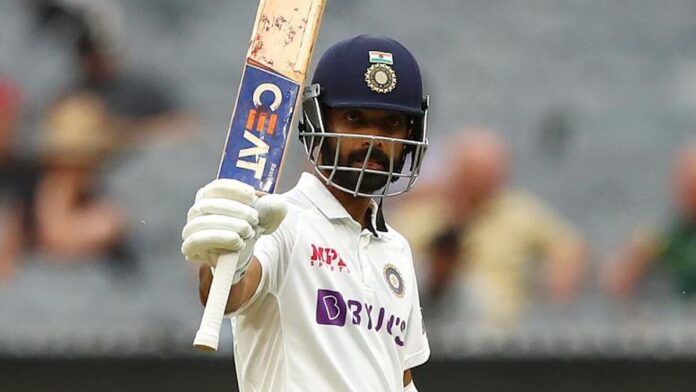 Ajinkya Rahane stated that the wicket for the second Test looks ‘completely different’ to the first Test and asserted that he expects the ball to start turning from the very first day. Rahane further played down concerns over his form and insisted that he is only focused on contributing to the side.

There was plenty of spotlight on the ‘accidental curator’ prior to the first Test, but, as it turned out, the volatile nature of the wicket ended up making the toss decisive. The pitch was dead for the first two days, due to which England batted 190 overs and racked up 578, and the wicket, much to the dismay of the hosts, started deteriorating Day 3 onwards, meaning India stood no chance of even saving the Test.

Thus, ahead of the second Test starting on Saturday, there has been curiosity over the kind of wicket that will be dished out. And by the look of things, it seems that we could very well be in for a raging turner. Having inspected the wicket in person, Indian vice-captain Ajinkya Rahane, a day ahead of the second Test, revealed that he expects the pitch to offer turn to the spinners right from the very first day.

“Pitch looks completely different. I’m sure it will turn from Day 1,” Rahane said in the press conference on the eve of the second Test.

“But again, as I said before the first Test, we’ll have to wait and see how it plays in the first session and then take it on from there. We have to forget what happened in the first Test match, focus on this, play good cricket. We have to put our best foot forward tomorrow and play as a team.”

But heading into the second Test, the focus has not only been on the pitch, but also on Rahane’s dwindling record at home. After posting scores of 1 and 0 in the first Test, Rahane’s average at home dropped to 37, and hence the right-hander has come under fire for his lack of consistency. But when asked about his record at home, Rahane was quick to defend himself and pointed to his scores in the home season of 2019, where he averaged over 70. The 32-year-old further insisted that the team’s triumph always matters for him more than his own for with the bat.

“We are playing at home after two years. If you check my record in the last home series against South Africa, you’ll find something over there. It’s all about the team. It’s not about any individual. My focus is how I can contribute to the team.

“If you pick out the last 10-15 Test matches, about my individual performance, you’ll see some runs over there. I don’t need to worry about what happened in the first Test match; it’s all about what the team wants from me and I’m pretty confident that I’ll contribute.”

The English batsmen out-batted India in the first Test and one of their key weapons was the sweep shot. Led by Joe Root, the English batsmen used both the conventional and the reverse-sweep to great effect and frustrated the Indian spinners by unsettling their line and length. Many have since wondered why the Indian batsmen refuse to employ the ‘sweep’ tactic, but Rahane claimed that shot selection cannot be pre-determined and it will depend on the areas in which the opposition bowl. The 32-year-old added that it won’t be wise on India’s part to blindly replicate what England have been doing.

On Thursday, the BCCI confirmed that Axar Patel had recovered from injury and hence added him to the squad for the second Test. The likelihood of the left-arm spinner making his Test debut on Saturday seems to be increasing by the passing minute, but Rahane refused to confirm the same. The Indian vice-captain, instead, said that everyone in the squad are ‘in the mix’ for selection.

India’s bowling in the first Test reeked of indiscipline, to the extent that, across two innings, their bowlers sent down a ridiculous 27 no-balls. Not only that, the fielding, too, was substandard, with the team spilling multiple chances to let England off the hook. Rahane claimed that the whole squad has been working ‘really hard’ on righting the wrongs from the first Test and admitted that the entire unit was left disappointed by the substandard efforts in the first game.