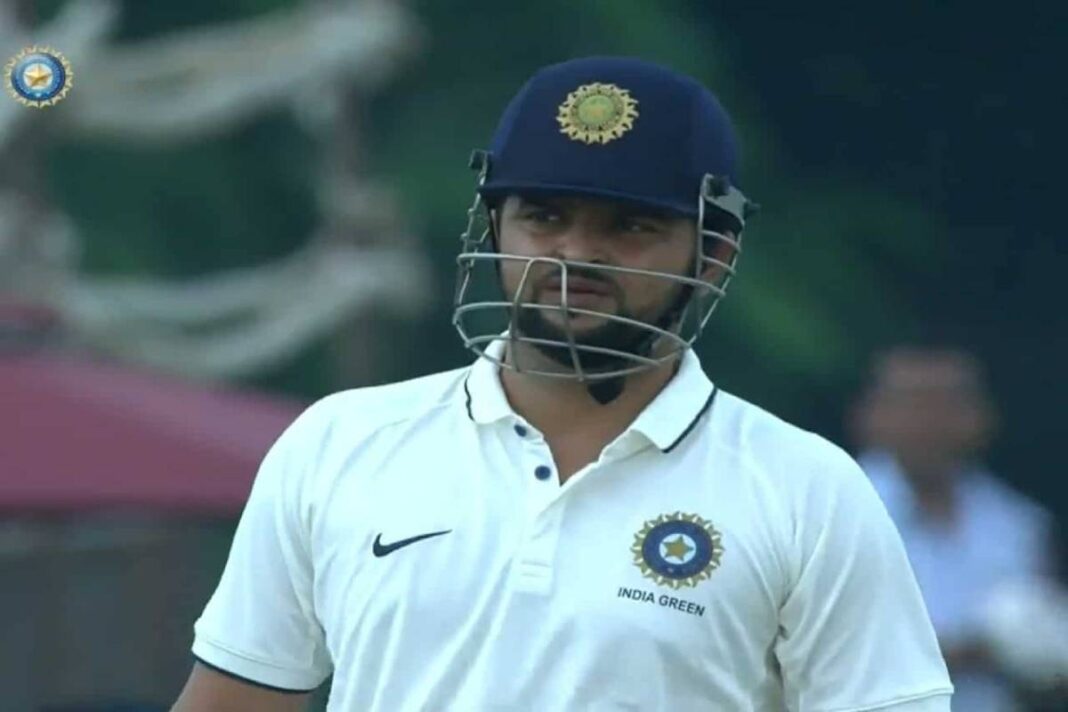 Newly-appointed RR skipper Sanju Samson had yet another inconsistent outing with the bat, but five other Royals enjoyed a memorable SMAT 2020/21, most notably young Riyan Parag. SMAT 2021 also saw the return of Ishant Sharma, but for Delhi, it was all-rounder Lalit Yadav who stole the show.

The newly-appointed skipper of Rajasthan Royals had a season to forget – both as a batsman and as a captain. Though his initial failures with the bat did not hurt the side owing to the top-order over-delivering, Samson’s failure to churn out a proper ‘captain’s knock’ eventually caught up and contributed to Kerala’s demise. That Kerala failed to make the knockouts despite being 3/3 at one stage is a damning indictment of Samson’s SMAT 2020/21 season.

Riyan Parag had a mixed bag of a season in IPL 2020, but boy he did everything one player possibly could to carry aside, in SMAT 2020/21. The youngster scored 160 more runs than any other Assam batsman, and, on top of that, also finished as his side’s second-highest wicket-taker. Parag was directly responsible for both of Assam’s win in the competition – 51* against Hyderabad and 77* and 2/28 vs Bengal – and gave a scare of a lifetime to Jharkhand. Assam, as a side, have a long way to go, but Parag is catapulting himself into greater heights.

Like in the IPL, Shreyas Gopal, in SMAT 2020/21, displayed an inability to pick wickets, but, unlike four months ago, the leggie found a way to contribute in other ways. Bowling alongside Suchith and Gowtham, Gopal kept the noose tight and went a long way in making up for the ineptness of the Karnataka batsmen. He also chipped in with the bat, notably scoring a match-winning 47* versus U.P, but RR will certainly be concerned about his lack of cutting edge with the ball.

Far too often players disappear into the oblivion after one impactful IPL season, but, thankfully, Rahul Tewatia lived up to his hype. Though there were not any Sharjah-esque knocks, Tewatia did his job to perfection: with the bat, at no.7, he provided the flourish towards the end, and with the ball he held up an end for the other bowlers to exploit. That he conceded, on average, 1 run per over fewer than Chahal was a testament to how reliable and consistent he was. His 41* (26) versus Kerala propelled Haryana into the quarters where they heart-shatteringly fell short thanks to a freak knock from Vishnu Solanki.

Mahipal Lomror has been around for such a long time that it’s easy to forget that he is just 21. In SMAT 2020/21, though, he batted like a true veteran. Slotting at No.5, Lomror played 3 impactful knocks which were integral to his side, Rajasthan, making the semi-finals. He finished as Rajasthan’s second-highest run-getter in the tournament, but what stood out was his strike rate, which was bettered by only 5 other batsmen in the entire competition (min 170 runs).

Look away, Rajasthan fans – Unadkat, surprisingly, did not have a season that inspired confidence. While his younger teammate Chetan Sakariya was ravaging batting line-ups, Unadkat largely had a season to forget. Barring the one-sided bout vs Goa – where he picked up a three-fer – Unadkat failed to rise up to the occasion and left it all on the shoulders of Sakariya. He neither struck with the new cherry nor was he economical at the death. Not the ideal of starts to the year for a player whose stocks have been plummeting in the shortest format.

Mayank Markande did not get a single game in IPL 2020, but he might well have bolstered his chances of featuring in IPL 2021 through his performance in SMAT 2020/21. The leggie, much like his RR teammate Gopal, was not amongst the wickets, but did a remarkable job in keeping the runs down. With Punjab boasting of a colossal pace attack in the form of Sandeep Sharma, Sid Kaul and Arshdeep, all Markande needed to do was compliment the seamers and he did it to perfection. In four games he astonishingly ended up conceding fewer than 20 runs in his spell, building pressure for the seamers to pounce on.

SMAT 2020/21 provided further evidence that Yashasvi Jaiswal is far from being an IPL-level T20 batsman and is perhaps years away from getting there. As was the case in a game against KKR last season, Jaiswal, throughout SMAT 2020/21, struggled to pace his innings and was bamboozled by the concept of ‘innings construction’. Though he made the headlines for smacking Sreesanth for 16 off 3 balls, that he finished with a SR of 125.00 in that knock serves as a testament to the aforementioned statement. Given he’s just 19 and is only 8 games into his T20 career, tournaments like these, however, will help Jaiswal evolve his game in the shortest format.

Despite being shuffled around the batting order – from 1 to 6 – Anuj Rawat showcased promising signs that he was a cricketer on the rise. The presence of Dhawan, Rana and Himmat Singh meant that Rawat’s contributions were restricted to 10 or 15-ball cameos, but he did a fine job, including blasting a 10-ball 27 versus Kerala where he was unlucky to end up on the losing side. A debut for RR still seems far-fetched, though.

Owing to him playing the plate division, too much cannot be read from Manan Vohra’s performances but the explosive opener endured a decent season. He led Chandigarh, played a couple of match-defining knocks and, in all probability, would have carried his side to the knockouts if it wasn’t for a washout versus Nagaland. But one does wonder if playing in the plate division will, indeed, hurt his chances of featuring for the Royals.

Like Bhuveshwar Kumar, SMAT 2020/21 was always going to be a test of Ishant Sharma’s form and fitness and the veteran emerged out of it with flying colours. Apart from one bad game versus Kerala – where he was taken apart for 1/48 – Ishant dominated the tournament, even bowling back-to-back match-winning spells versus Mumbai and Andhra. He will bit raring to go for the England Tests.

Should it not have been for a freak Rahul Chahar spell, Avesh Khan would have single-handedly carried Madhya Pradesh into the knockouts. In three of the five games he played, Avesh picked up at least three wickets – this includes a 4-fer and a 5-fer – and this mind-boggling run saw him finish as the third-highest wicket-taker in the competition. Such was the daylight between Avesh and the rest of the M.P team that he ended up picking an astonishing 8 more wickets than any other bowler in the side. The Capitals would be delighted that they retained him.

Freshly called up for the Indian Test side, Axar Patel did not have the impact he would have wished for with the bat, but that ER of 4.81 is all you need to know about the kind of influence he had with the ball. Ludicrously, Axar conceded more than 20 runs in a spell only once in the entire tournament, and pretty much strangled every batsman he bowled to, from start to finish. That Gujarat were knocked out in the group stages was ultimately down to their batsmen’s deplorable showing. At India’s disposal will be a bowler in the form of his life.

Shikhar Dhawan did not necessarily have a ‘bad’ season, but for a player of his stature and experience, the impact he had in the competition was negligible. A chunk of Dhawan’s 105 runs in the season came in the game versus Kerala where he struck a fine 77, and on either side of that knock were scores of 0, 5 and 23. He also ultimately fell short as a skipper, failing to lead Delhi to the knockouts despite at one point being in pole position to do so.

No player who featured SMAT 2020/21 raised their stocks as much as Lalit Yadav. Aside from playing impactful knocks in each of the five matches he featured in, Yadav also picked 7 wickets, including a three-fer versus Haryana. He played the finisher’s role to perfection with the bat and chipped in in the middle-overs with the ball, finishing with an ER better than any Delhi bowler who sent down 10 or more overs. It would be incredibly surprising if the Capitals don’t end up handing a debut to the youngster come IPL 2021.

Another surprise retention, Dubey was convincingly outbowled by his Karnataka teammates J Suchith and K Gowtham, but he showcased his x-factor in the game versus U.P. There, with the score 93/1, the leggie ran through the Uttar Pradesh middle-order, picking three wickets to bust the game wide-open and ultimately swing the contest in Karnataka’s favour. Dubey is, to date, not a reliable commodity, but his tendency to pick wickets in a flurry will keep him in good stead.

Amit Mishra and Shreyas Iyer missed the tournament due to injury, while Shaw, Rahane, Ashwin and Pant were away due to international duty.