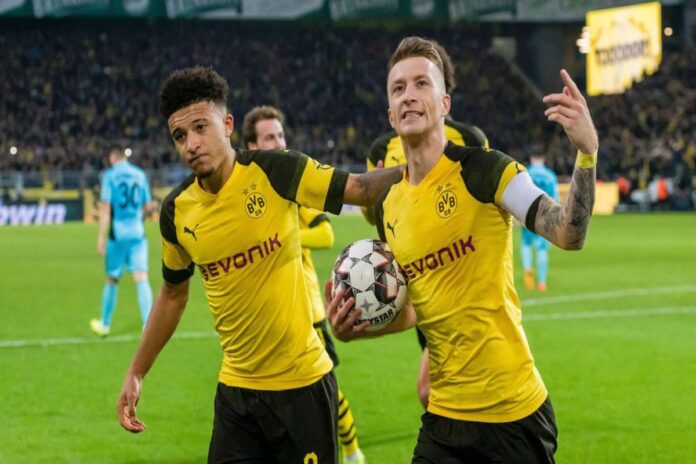 Borussia Dortmund heads to the Schwarzwald Stadium to face Freiburg in a Bundesliga game on Saturday.
Dortmund is currently sixth in the Bundesliga. However, the teams are so close to the top that a win could drive any of those teams to a much higher place.
Dortmund has had a strong week so far, with two much-needed wins for both points and morale. They defeated Augsburg 3-1 in the Bundesliga last weekend to finish the three-game winless streak.
They beat Paderborn 3-2 in the DFB-Pokal on Tuesday night, but they made things difficult for themselves.
Emre Can and Jadon Sancho scored for a 2-0 in the first 16 minutes. However, they conceded two late goals, including one in the seventh minute of the second-half stop period as the second. Bundesliga’s extra-time forced uniform.
However, Erling Haaland ensured that Dortmund would not be humiliated. His extra-time goal brought them to the next round of the cup.
This is not going to be an easy game for Dortmund, who has the habit of doing things the hard way. But for the time being, Sancho seems to be reaching a purple patch, and they’ve got an established goal scorer in Haaland.