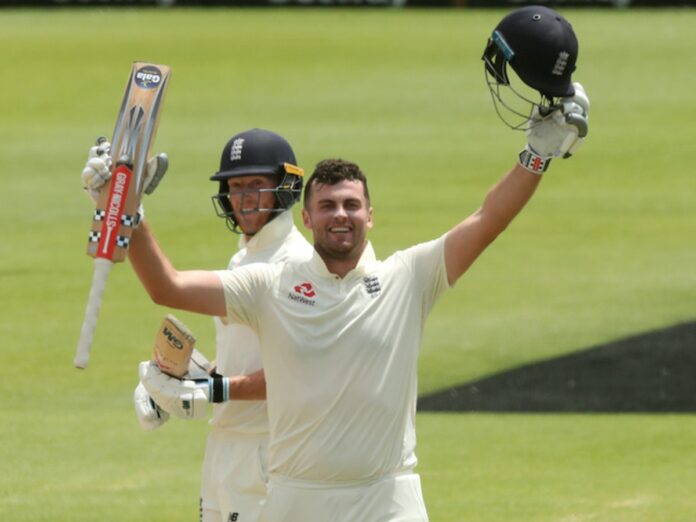 If Joe Root’s innings was a masterclass, well-renowned and agreed by all the artists, Dominic Sibley took the paintbrush, unravelled a portrait, never seen before in English cricket from an opener since Sir Alastair Cook.

Dominic Sibley walked out to bat, Indian bowlers are sure of his weakness and he only a fortnight before, had suffered one of the worst batting patches of his life, where he notched up scores of 4, 2, 0 in three of his last four innings in Asian conditions. The pressure was always going to be there, devoid of what he has done in the recent past, for comparison with English openers of the past.

An honest Sibley had admitted about his future in Sri Lanka, his place as the English opener was still a big doubt for the India series. His own admission was he hadn’t had a good series to warrant a place but never during that time, he bowed down. He understood, unlearned his technique and quickly tightened the buckle to get the better one on board, and runs were back with his confidence tagging alongside.

If Joe Root’s performance in the sub-continent was mystical, Sibley’s innings was laborious, respectful and aggressive in mixed proportions, the right concoction of things. So when he walked out, it was only going to be natural to think about the three failed scores but for him, the approach, the intent and everything in between pointed towards the unbeaten 56 that he scored in the second Test in Sri Lanka. That gave him the confidence, the will-power required.

An award for honesty is what he would end up with, not aesthetics or neither would he end up as one of the best looking batsmen in the Rooted world. He doesn’t drive the ball as cleanly as Ian Bell, doesn’t have the sweep like Kevin Pietersen or Joe Root and isn’t as elegant as Sir Alastair Cook but has something in common, patience. If patience and hard-work are combined as a single portion, then Sibley has already consumed it, in plenty to not just survive on the first day in Chennai but to thrive at the same time.

He hasn’t given up once, something that has been a constant theme of his short yet enigmatic English career. In such conditions, it was always fallible for him to go for the booming drive or the audacious sweep but his calculations have been that perfect, that major calculator companies have looked at him in awe. This innings would take him back to Cape Town, where his ground efforts were required for the Three Lions. It might have been Ben Stokes who walked away with a man of the match but his innings ensured that they were not just nutty but gritty in their approach.

On the first day in Chennai, there were more loose balls than what he capitalized on, which shows that patience is a virtue that he not only values more but has optimised the way he works around it. Spin had been his weaker point, with dismissals across the board to Yasir Shah and Lasith Embuldeniya, in between five wickets but that was his last pending one, which now is duly cleared. A brief period on the first day, there was an iota of doubt in his mind when he first faced Ravichandran Ashwin but never a doubt over his own abilities and qualities. But often during that phase, his second innings in Galle popped up, where he faced every delivery from a spinner.

To add to all of that, his memory, which has served right across his career – pointed that he had faced Ashwin before, be it in England but his memory which served him right, had helped him battle the challenge. 42 off 131, he had scored in that innings, which paved the way for his batting in Chennai. It wasn’t any different, in Chennai either.

“Watching Joe [bat against spin] makes you feel inadequate, the way he’s played has been incredible. Tough net sessions with Jacques [Kallis], trying to change things mid-series took courage, paid off today. When Joe got out I thought I need to be here at the end. Pleased to end the tour on a high note. Was in a dark place the other night so to get some runs is a relief,” he said after his innings in Sri Lanka.

Watch the words – tough net sessions, trying to change things mid-series and courage – three things that could be well associated with the right-hander, who slowly has climbed his way to success, even in alienist conditions. Tough, gritty but smart – would best define the Warwickshire man and the fact that he is keen to learn makes it even better.

For a man perennially known for knocking the ball to his leg-side, leg-side came very few and in between on the first day, where he looked to knock the ball on the go. If Root was sweeping it at the other end, the right-hander was busy hustling and bustling down the ground, finding boundaries and in turn, potentially eliminating any sort of turn, that could harm his confidence. His ability to pin-point towards his weakness, pre-series, pre-game, in the middle of a great partnership is inordinate and well pronounced.

He wouldn’t be the most pleasing of batsman to the purists’ eyes, he won’t be the brisket of run-scorers but the way he goes on with his painting showcases art and skill that is less often found in international cricket as an opener. If Pujara does it for India, Sibley has not just done it but aced it in the toughest conditions – in India – against India in possibly what could be a defining innings of his life, even though he didn’t get a triple-figure score.

The Sibley-phase went on from dawn to dusk – saw several weather changes, bowling changes and more importantly, saw a mindset shift from jitters to a confident man as he was only fittingly dismissed by Bumrah’s honing skills – his searing yorker. If only the crowd were present at the Chepauk, they would have reminded Sibley of why he is playing the game in the first place, with thunderous applause.