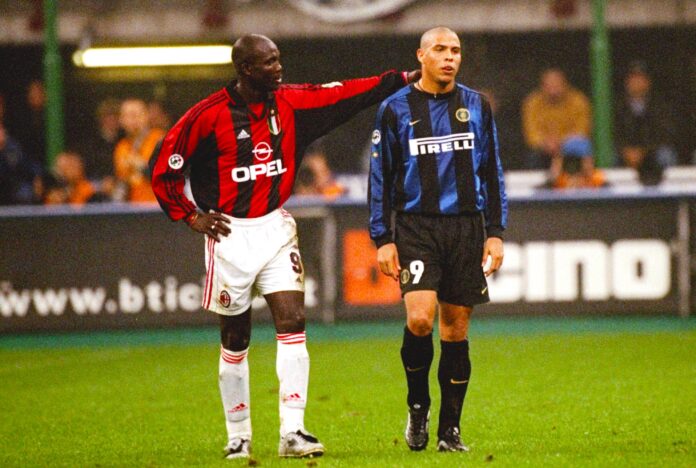 There’s a phenomenon flying about in these very rough times and it’s a sign of the times. In fact, some have even said that it defines our current situation rather nicely. There’s bound to be a better name for it but at the moment, it goes by ‘blame the pandemic’.

Southampton sit atop the Premier League table? Blame the pandemic.

Everton suddenly play good football, have a sensible game plan to everything that they’re trying to do and actual sign players that their manager wants? Blame the pandemic.

AC Milan after years of incompetence suddenly produce an unbeaten 28 game run that takes them to the top of the Serie A while Juventus flounder about? Blame the pandemic.

It has become the go-to excuse for football fans this season with the chaos attributed to the chaotic nature of 2020, and now 2021. That does make sense when you take into account that human beings need something to hang onto as a coping mechanism. Football used to be just that but when you have games flying at you from north, north-west, north-east, east, west, south, south-west…and you get the point. Humans needed their coping mechanism to explain everything and what better way to do that than to blame everything on totally weird and on the absurd year.

It’s weird logic but that’s exactly what has been applied to the Serie A because normality means Juventus dominating and win nine consecutive Scudetto. That’s normality and it has been ever since AC Milan, the last side not named Juventus, lifted a Serie A title under the future Juve manager Massimiliano Allegri. That was the Juventus way, steal the best players or managers or even assistant coaches from your rivals as a way of decimating them.

And it worked. For nine long years, a streak started by Antonio Conte before Allegri continued the trend and Sarri finished it last season as Juventus looked to become Italy’s best. They did that but in their quest to become Europe’s best and hand Gianluigi Buffon a well deserved Champions League crown, the Old Lady faltered. Sure, they signed Cristiano Ronaldo and with him got guaranteed goals and a man who simply thrived on those magical European nights.

But when you surround him with players that aren’t up to the mark especially in the wrong system, then it all tends to fall apart. Especially when you don’t give the manager you appoint time and space to build a team that could definitely not just challenge but play really good looking football. Or especially when you sack, arguably, your most successful modern manager in search of said glory. That’s what Tottenham have done and while they might actually end their trophy drought this season, fans don’t’ really like Jose Mourinho’s style of play, no matter how effective it is.

And yet, that’s beside the point. Because while Juventus were figuring out that their current plan was the wrong one both AC Milan and Inter Milan had figured something else out. That they had a chance to not just end the Old Lady’s stronghold over Italy but somehow create something more for themselves in the process. Of course, that was before a COVID-19 pandemic struck and sent finances across the world for a toss but the Milan giants struck gold just before that.

Inter did what the Nerazzurri always do and appointed Antonio Conte. Yes, that same man who started it all for Juventus, with the hopes that he could do the same at the San Siro. And he nearly did with Romelu Lukaku becoming one of world football’s best center-forwards in the process. But in the end, in typical Conte fashion, Inter fell short by one point last term. Things changed and with that Christian Eriksen saga behind them, the Nerazzurri are back on track.

With a more experienced, more stately and a more win-now team rather than think about the future and figure out a game-plan that could help them for years to come. But then again, that has never been Inter Milan either in the near past or the far-far past, especially over the last ten years or so. And yet, that is exactly what AC Milan have done but then again, that has more to do with their financial chaos and a terrible lack of faith in their players.

And it all started with that takeover. An insane €194 million spending spree in the summer of 2017 for football’s best prospects, a few household names and a few weird ones. All that lead to was a sacking of the manager they believed was leading them back to the promised land and eventually getting rid of all the players. Well, most of them although their biggest flop was Andre Silva, who was sold to Eintracht Frankfurt this summer, and is now thriving in the Bundesliga.

So not really a flop then, is he? But that’s beside the point because it takes time and effort for teams to figure out the right plan and shockingly, he happened to be a former Inter Milan manage alongside a transfer plan that handed players time. A quick glance over their team sheet and it becomes crystal clear exactly what their plan is with six players above the age of 25 playing more than 1000 minutes. The remainder, out 16, are all 24 and under with superstar Sandro Tonali the youngest at 20 and a handful of players flirting about the 24-year mark.

Yes, they do also happen to have Zlatan Ibrahimovic at 39 and yes, he is their top scorer but this isn’t a Milan team that are completely dependent on the man who turned them around. Instead, in his injury-laden absence, during one of the toughest times of the season, the Rossoneri saw their kids step up to the plate and knock home run after home run out of the park. But like most teams playing in this relentless schedule was bound to hurt them and it has.

Three losses in their seven games with one coming last weekend against Spezia Calcio of all teams but once again, as you would have noticed, it is – blame the pandemic. But nothing says reset like a derby against the very team that not just originates from the same city but shares the same stadium as well. And with the San Siro’s demolition plans coming around the corner, once this pandemic makes it safe to do so, things are changing in Italy.

And at the moment, it looks like Italy’s fashion capital is leading the charge, as it usually does, but the real question is, can they keep it up? Especially against a Juventus side that always seems to have a trick up their sleeve or a resurrection stone hidden somewhere to help them claw back from the brink of footballing death.

Can the Milan twins keep it up even when Juventus’ revenue, even in a pandemic affected year, is a €100 million more than Inter and some €250 million more than AC Milan? That’s the real question this Derby Della Madonnina asks of its two participants and at the moment, they’re showing they can.