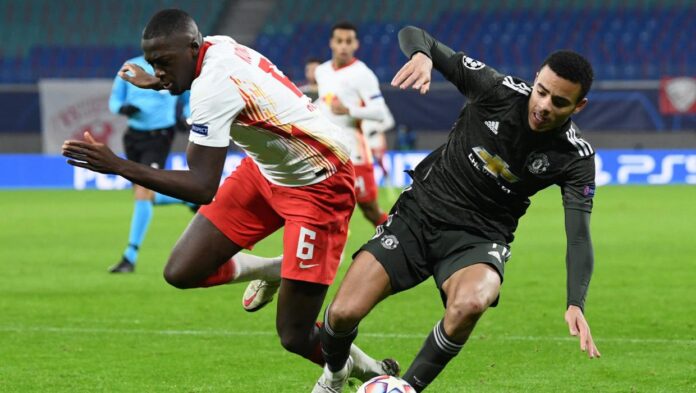 According to German news outlet Bild, Ibrahima Konate is in huge demand in England with Manchester United, Chelsea and Liverpool all considering a move. The RB Leipzig center-back has struggled with injuries over the last few years but is still considered to be one of the best young defenders.

With Bayern Munich winning the race for Dayot Upamecano, it has forced many clubs to look elsewhere for a top young defender. The Bavarians broke many hearts with that move but according to Bild, it has seen clubs turn their eyes towards Upamecano’s defensive partner in the form of  Ibrahima Konate. The 21-year-old was considered to be even better than Upamecano but injuries have seen him miss more than his fair share of action.

However, with the Frenchman still only 21, time is on his side and his recent performances have reportedly impressed the likes of Chelsea, Liverpool and Manchester United. The trio were very interested in Upamecano but have changed their tune and now reportedly consider Konate as a top target. Especially since, like the future Bayern Munich defender, the 21-year-old Konate has a €45 million release clause inserted into his current contract.

That expires in June 2023 and it has made the Frenchman a very attractive prospect for the three English giants. They aren’t, however, the only horses in the race with serious interest from Germany, Italy and other parts of Europe as well for the young defender.